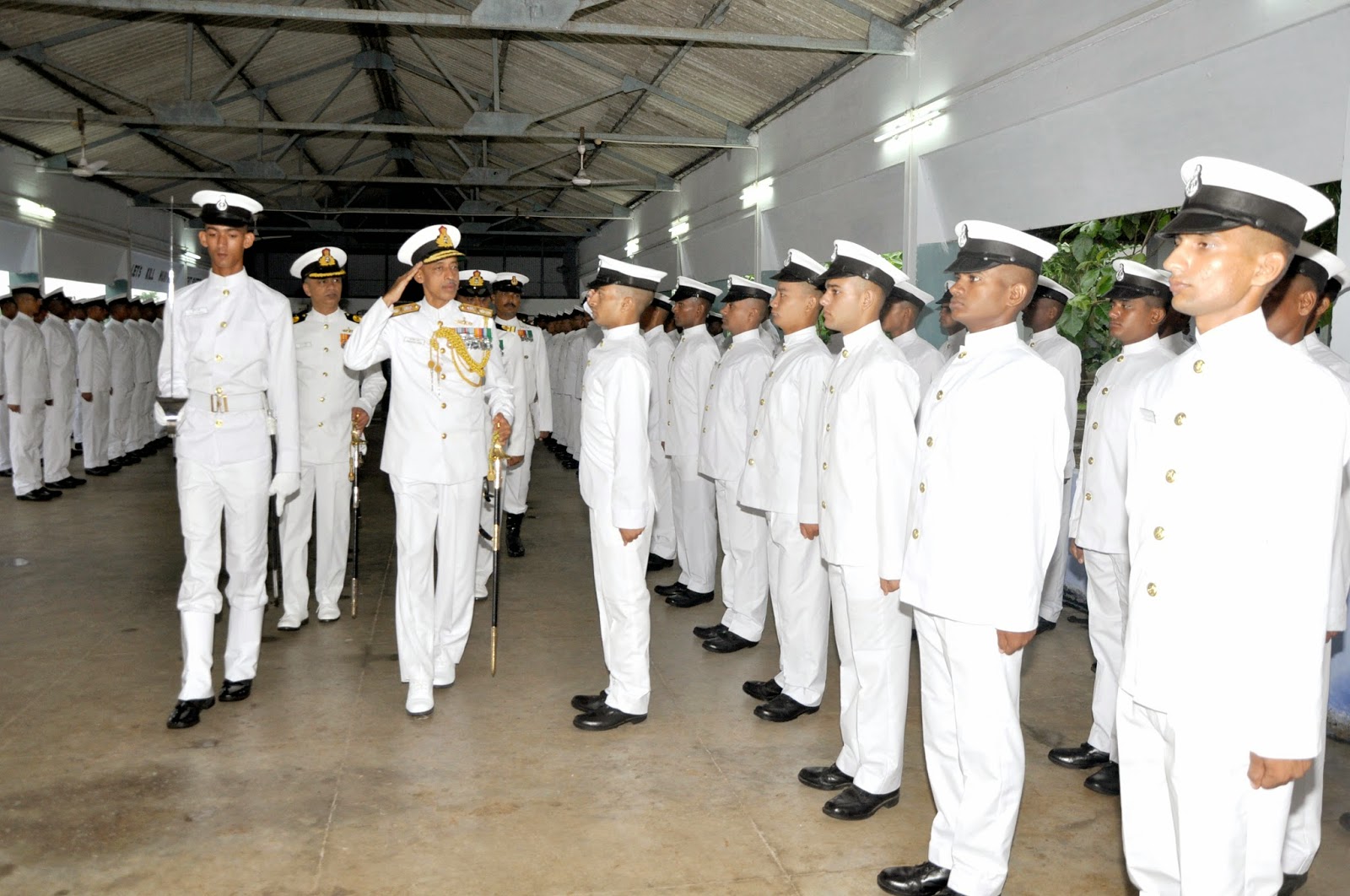 Bhubaneswar: An inspiring parade marked the culmination of
22 weeks of training and 2,282 sailors passed out successfully from INS Chilka,
the basic training establishment of the Indian Navy.
These successful trainees will now be deputed for further
professional training both at sea as well as the various training schools of
the Indian Navy.  The parade was reviewed
by Rear Admiral MS Pawar, VSM, Chief of Staff, Southern Naval Command.
INS Chilka is a premier basic training establishment for
Sailors and Naviks of the Indian Navy and Coast Guard respectively, and serves
to impart ab-initio training to recruits via a well structured and
scientifically prepared training regimen. The trainees are exposed to service
training as well as academic subjects such as Computers and Applied
Science.  In addition they are toughened
both physically and mentally through various adventure activities like route
marches, sailing expeditions, outdoor camps, weapon firing and swimming.
The passing out parade saw Srikant S Padhy, SSR, Maneesh
Kumar Mishra, MR (STD) and Dinesh Kumar Jat, Navik (GD) are being awarded the
best trainees for respective categories.
The ceremony was also attended by parents and other dignitaries of the
Navy & the Coast Guard.
The new recruits for next batch will be joining INS Chilka
on August 18 this year.