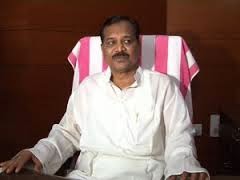 Bhubaneswar, December 12: Maintaining that Odisha is suffering huge loss
on account of reduction in Central Sales Tax (CST) rate, Finance Minister
Pradip Amat on Thursday urged the Union Government to release the balance
amount of Rs 3,417.3 crore as compensation towards CST reduction at the
earliest.
Speaking at the Empowered Committee of State Finance
Ministers’ meeting at New Delhi Amat said, “The State has claimed Rs 4720.21
crore as compensation towards CST reduction from 2007-08 to 2013-2014, but it
has received only Rs 1,303.08 crore till now.”
“Non-release of the compensation on account of loss towards
CST reduction has caused trust deficit between the Centre and the States. The
Centre should release the balance amount of compensation Rs 3,417.3 crore to
infuse confidence in the States to move towards implementation of GST (Goods
and Services Tax),” observed the Minister.
Amat said, “During 2013-14, Odisha collected Rs 1,618 crore
from Entry Tax. With the subsumation of Entry Tax in GST, the RNR of the State
will be higher. It is urged that while calculating the compensation for the
State, the revenue loss on account of subsumation of Entry Tax may be taken
into account.”
Stating that due to the application of destination principle
in GST, the mineral producing States like Odisha where the pollution is
localised and do not get any part of the revenue, Amat said, “It is only the
consuming State that gets the tax revenue whereas due to pollution the citizens
of the producing State suffer. Therefore, taking into consideration the adverse
environmental impact, the mineral producing States may be empowered to levy an
additional non-rebatable cess subject to suitable framing of guidelines in
consultation with the proposed GST Council.”
The Minister endorsed the Empowered Committee’s
recommendation that Clause (3) may be added to Article 269A as “Parliament may,
by law, authorise the State Governments to administer the Goods and Services
Tax on supplies in the course of inter-state trade or commerce levied under
Clause (1).”
Finance Secretary UN Behera and Commissioner Commercial Taxes
Manoj Ahuja were also present at the meeting.