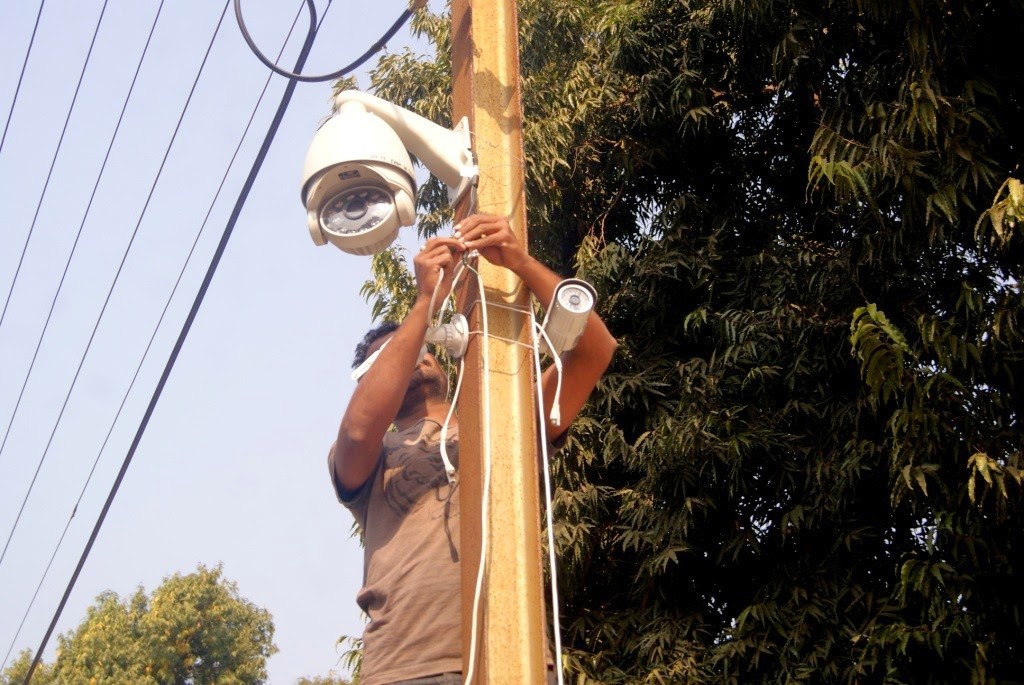 Bhubaneswar, January
29: Chief Minister Naveen Patnaik is likely to launch an ambitious CCTV surveillance
system in the capital city of Bhubaneswar on February 5.
A meeting was held at
the Commissionerate headquarters here wherein the Commissioner of Police Dr RP
Sharma, Police Housing Corporation chairman and the BSNL officials attended.
It was decided to carry
out the installation of CCTVs in the city in three phases.
Sources said, in the
first phase CCTV cameras have been installed at 28 cameras will be installed at various strategic locations in the
city.
Official sources said,
while 40 cameras will be installed in the second
phase, 22 will be set  in the third phase. A total of Rs 23 crore will be spent for the purpose.
The State Government
selected an American company to commission the project, involving installation
of high frequency CCTV cameras at strategic locations and in PCR vans in
Bhubaneswar. The project cost Rs 10 crore in the first phase.
Official sources said as
many as 113 cameras are being installed at 29 locations, including Raj Mahal
Square, Master Canteen, AG Square, Raj Bhavan Square, 120 Battalion Square,
inside the Secretariat, Lower PMG, Rabindra Mandap Square and Sishu Bhawan
square.
The surveillance system,
which is equipped with video data analysis, command and control system to
strengthen the crime control, will alert the control room about unlawful
assembly of people and presence of abandoned objects at a particular place for
more than five minutes.