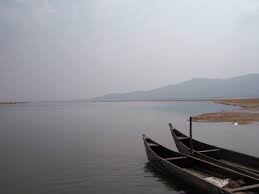 Sambalpur, Aug 24: With an aim to facilitate a mutual solution
to the prevailing dispute between Odisha and Chhattisgarh Governments involving
Mahanadi and also to involve people of the river basin of the two States in the
process, Mahanadi River Waterkeeper and Nadi Ghati Morcha would jointly organise
peace rally in both the States.
The rally would be held between September 13 and the first
week of November.
The ‘Mahanadi Peace Initiative’ that was initiated by
Mahanadi River Waterkeeper, Odisha and Nadi Ghati Morcha, Chhattisgarh had in
its campaign coordination-cum-strategy meeting held at Sambalpur recently decided
to hold two “Mahanadi Peace Jatha” a coordination meeting and a public
convention in both the States, informed Ranjan Panda and Gautam Bandyopadhyay,
joint convenors of the Mahanadi Peace Initiative.
“The Mahanadi Inter-State river water dispute needs amicable
settlement and real priorities of the people of the basin need to take the
centre state of the debate.  These Jathas
will meet people in important locations of the river and garner their support
for a peace process,” said the organisers.
They said the Odisha Jatha would be organsied in Belpahad, Jharsuguda,
Sambalpur, Dhama, Sonepur, Boudh, Kantilo, Banki, Cuttack and Paradip.
A team of people both from Odisha and Chhattisgarh would participate
in the process and public meetings will be organised in these places plus other
places on way.