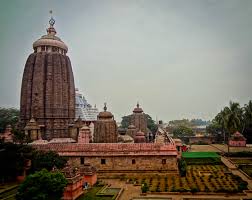 Bhubaneswar,
Aug 31: The Comptroller and Auditor General of India (CAG) has refused to conduct an
audit the details of the income and expenditure of the Lord Jagannath Temple,
Puri.
“Audit is
being carried out on the basis of provisions contained in the Constitution,
CAG’s DPC Act-1971 and various Codes and Manuals as per Audit Plan. No action
can be taken at this stage,” said CAG in its order.
The CAG’s
response on Tuesday came after rights and transparency campaigner Subash
Mohapatra sought intervention of the CAG for such an audit.
Mohapatra
had sought the CAG’s intervention into the huge amount of corruption caused in
the absence of non-audit of the 12th-century shrine.
“Crores of
public money given to the temple administration and the resources donated by
common people have been grabbed,” alleged Mohapatra.
He said
temple administration manages to earn Rs 100-200 crore yearly and since there
is no audit or any other method to check the expenditure huge misappropriation
has been taking place, alleged Mohapatra.
Last year,
former Odisha Principal Accountant General Amar Patnaik stirred a hornest’s nest
by seeking details of the income and expenditure of the Lord Jagannath temple
administration from 2009 till 2015, for audit.
However,
before he could go ahead with the assignment, he was unceremoniously
transferred to Kerala raising many eyebrows.