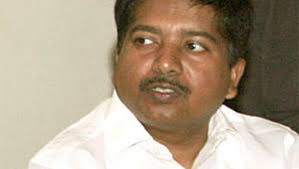 Bhubaneswar,
Oct 21: Health and Family Welfare Minister Atanu Sabyasachi Nayak, who was facing
flak over the SUM Hospital fire that killed 25 persons and also a series of inefficiencies
involving his department, on Friday resigned from his post owing moral
responsibility.
The
development came amid mounting pressure on Nayak to quit his post, particularly
after the SUM fire issue was telecasted in national news channels damaging
Chief Minister Naveen Patnaik’ image.
The
Chief Minister was convinced by his advisors that Nayak’s removal would only help
him restore the Government’s image.
“Mr Atanu Sabyasachi Nayak has sent his resignation letter to me on moral
grounds. I have accepted this and sent the letter to the Governor,” Patnaik
told mediapersons here on Friday evening.
Nayak
had been in the eye of storm ever since 70 infants died at the Sishu Bhawan in
Cuttack in August last year following which Congress vice-president Rahul
Gandhi visited the hospital and blasted the Naveen Patnaik Government for the
death of kids.
Then
came the shocking incident of Dana Majhi carrying his wife’s body on his
shoulders after being denied ambulance by Kalahandi DHH which brought shame to
the Government globally. The ongoing continuous death of children due to
Japanese Encephalitis in Malkangiri district where over 60 kids were killed in
the disease also exposed the inefficiency of the Minister.