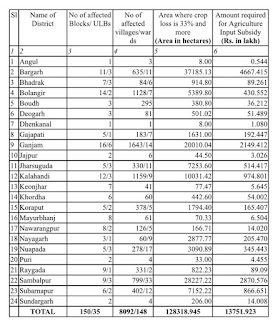 Bhubaneswar, November 10, 2017: Crops across 128319 hectares in
8,092 villages in 24 districts have been damaged due to pest attack and Rs 137.51
crore has been released towards agriculture input subsidy in Odisha.
“Twenty four out of 30 districts have reported crop damage
due to pest attack and the remaining six districts namely, Balasore, Cuttack,
Jagatsingpur, Kandhamal, Kendrapada and Malkanagiri have submitted ‘NIL’ report,”
said a press release issued by Special Relief Commissioner (SRC).
The amount required for Agriculture Input Subsidy at Rs 6800
per hectare for rainfed areas and Rs 13,500 per hectare for areas under assured
irrigation comes to Rs 137.52 crore, it said. 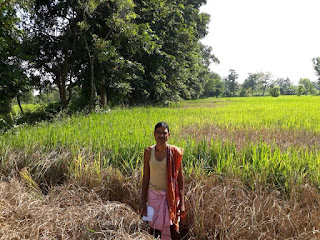