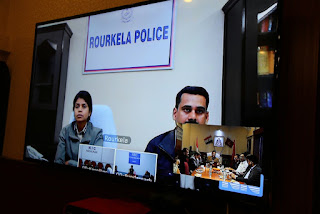 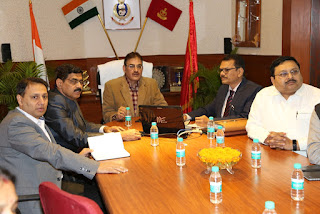 For redressal of public
grievance a centralised “Public Grievance Redressal and Monitoring System”
e-Abhijoga, has been functioning at the State-level for quite some times now.
It is an integrated Government
to citizen application system, based on web technology functioning round the
clock.
This ‘State Grievance
Redressal Portal’ is being used by the Chief Minister’s Office (CMO), Home Department,
Chief Secretary’s Office, DGP office and by all Government departments. 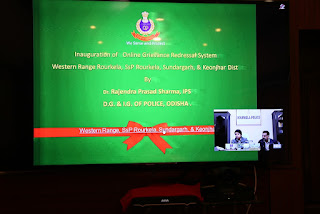 But, it was not integrated
with police stations. Now, effort is being made to integrate all the police stations
of western range to this Centralised Grievance redressal Portal, said the DGP.
Now, one can directly
lodge grievance to the concerned organisation and it can be inter-linked to the
police station level, added the DGP.
The e-grievance links are
available in the Home Page of Odisha Police website. In case of any delay in
the processing of the grievance, a citizen can put reminder for his / her
lodged grievance. This ‘e-grievance’ of DGP is a sub-system of e-Abhijoga of
State Govt.
After inclusion of all police
stations, it can address the grievances of general public in a much better,
faster and effective way as ever before, added Dr Sharma. Make in Odisha conclave from tomorrow