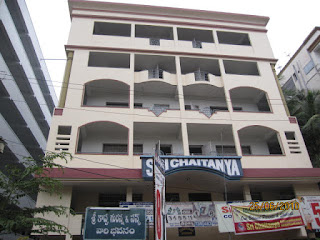 Bhubaneswar, January 12, 2018: The post-mortem report of Shreyas Kesharwani,
the 16-year-old boy, who was allegedly brutally tortured inside the premises of
Sri Chaitanya Institute at Marikavalasa in Vishakhapatnam by other students,
has revealed that contusion in heart, pulmonary effusion and pulmonary embolism
(blood clot inside lungs) was the cause of his death.
Officials from the Pothinamallayya Palem (OM) police station
led by its Inspector in-charge K Lakshmana Murthy on Friday collected the post-mortem
report of the victim from the Capital Hospital authorities here.
The team led by PM Palem police station IIC Murthy arrived in
Bhubaneswar on Thursday to probe the death of Shreyas of Garposh in Sambalpur
district.
The team also visited the private hospital in Bhubaneswar where
the student succumbed to his injuries, where he was admitted after being
subjected to ragging at the hostel of Sri Chaitanya Institute. His death had
sparked tension with people of Garposh observing a bandh on January 7. Shreyas
died on January 6.
After a public outrage in Sambalpur, a case was registered at
Govindpur police station.
On Wednesday, Odisha Police formally handed over the FIR copy
to PM Palem police in Vishakhapatnam to take up the investigation.
The minor boy was allegedly thrashed by a few students of the
college. His parents brought him to their village in Garposh in Sambalpur on
December 29 for treatment. Initially, he was admitted to the IGH Hospital in
Rourkela and was later shifted to a private hospital in Bhubaneswar as his
condition deteriorated.
But he succumbed to injuries on January 6 while undergoing
treatment.