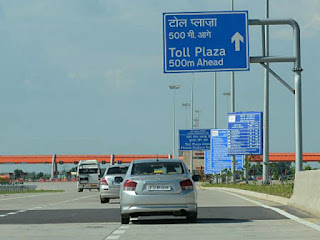 New Delhi, January 31, 2018: The National Highways
Authority of India (NHAI) has provided toilet facilities at 192 toll plazas
across the country.
Around 180 more toll plazas will be covered by the
end of March, 2019 across India, informed a Ministry of Road Transport and Highways
press release.
Under the Government of India’s flagship programmes
Swachh Bharat Mission, the NHAI is providing separate ladies and gents toilets
on both upside and down side of each of its 372 toll plazas, and also placing
litterbins and hoardings carrying the Swachhta message along with message
discouraging littering at these sites.
The NHAI has observed both the current Swachhta
Pakhwada from January 16 to 31 as well as the earlier one from January 16 and 31
last year.
It has been proposed to achieve the target of
providing toilet facilities at every toll plaza during the final year of the Swachh
Bharat Mission. The Ministry of Road Transport and Highways is monitoring the
progress.