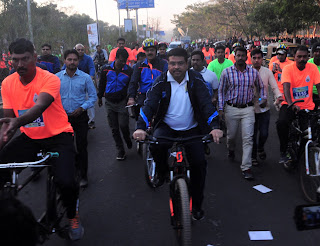 Bhubaneswar, February 4, 2018: Around 10,000 people from different
walks of life on Sunday participated in the “Saksham Cyclothon,” the first of
its kind premier Cyclothon event, aimed at making people aware of the need to
conserve oil and gas here.
Union Petroleum and Natural Gas and Skill Development and Entrepreneurship
Minister Dharmendra Pradhan flagged the cyclothon named ‘Green and Fun Ride.’ 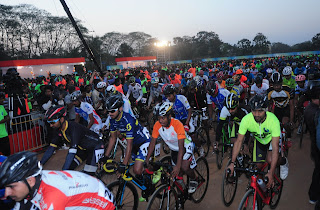 Being organised under the banner of “Saksham
Cyclothon” Bhubaneswar, the event will be held in three categories – 33
kilometre Elite race (men category), 22 km Elite race (women category) and 11
km green ride rally.
The Union Minister flagged off the initiative at the Kalinga
Stadium here in the presence of a host of Olywood actors and athletes. 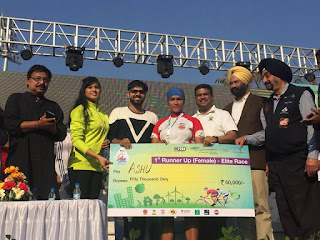 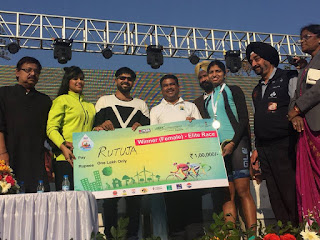 Pradhan appealed to all citizens to join in the movement for
conserving the finite petroleum resources through practicing simple, easily
implementable tips while using petroleum products in cooking, transport,
agriculture and industries to extract maximum utilization and efficiency.
The winner in the Elite (Men’s) category, Rajesh from Tamil
Nadu won a cash prize of Rs 1.25 lakh, while the Elite Women’s championship
Rutuja won Rs 1 lakh.
Cash prize totalling Rs 6 lakhs were awarded across various
categories. In addition, 50 cycles were distributed to the participants through
a lucky draw.
The event is being organized by Petroleum Conservation and Research
Association (PCRA), and supported by the oil companies like IOCL, BPCL, HPCL,
ONGC, GAIL, OIL, MRPL, CPCL, NRL and IGL with technical guidance from Cycling
Federation of India. Another more than 70 such cyclothons are planned pan-India
over the next two to three months to sensitize the country to adopt the
ideology of conservation for a greener environment.