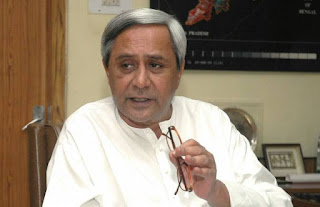 Bhubaneswar, April 12, 2018: After three non-BJP ruled
southern States and Union Territory Puducherry came out against the Terms of
Reference (ToR) stipulated by the Centre in the 15th Finance Commission for
devolution of funds to States, Odisha Chief Minister Naveen Patnaik on Friday wrote
to Prime Minister Narendra Modi seeking his personal intervention on ToR for
use of 1971 Census for population data while making its recommendations.
The move to use 2011 Census data will adversely impact
devolution for Odisha, the CM said.
Kerala, Karnataka, Andhra Pradesh and Puducherry have opined
that ToR was in contradiction to the principles of Federalism enshrined in the
Constitution and also would result in revenue loss to performing States.
Patnaik demanded use of 1971 Census population data by
Finance Commission while making its recommendations instead of the newly
mandated 2011 Census data.
“The ToR will adversely impact the horizontal and vertical
devolution of Odisha, deprive it of performance based incentives and reduce
state share in the divisible pool. On vertical devolution, the ToR prioritizes
concerns of the Centre for resource sharing between state and centre, ignoring
needs of the States,” said Patnaik.
“On horizontal devolution, the ToR mandates use of
population date of 2011 for its recommendations which is a radical departure
from National Population Policy Statements based on 1971 Census. Grant-in-aid
as well as other incentives are frozen at 1971 Census level through successful
amendments, the last being the 84th Constitutional Amendment that extends the
freeze till 2026,” said Patnaik.
Maintaining that use of the 2011 Census data will have
adverse impact on State’s share in devolution as Odisha is already below
population replacement rate of 2.1 as a sign of stabilized population, the
Chief Minister said, “Odisha has been demanding Special Category Status,
continuation of Central schemes such as Special Plan for KBK, IAP for LWE
districts etc and sharing pattern in Centrally Sponsored Schemes to be on par
with North-Eastern and Himalayan states. None of these demands have yet been
considered by Centre.”
Measurable indicators may not be possible for all
performance based incentives indicated in the ToR and also, no incentive for States
which have achieved replacement rate of population growth, said Patnaik.
The Chief Minister urged Prime Minister Modi to address the
issue of 15th Finance Commission’s ToR to ensure interests of Odisha and other
states and there is no impact of the sharing in the divisible pool.
x

Narasingha calls all party meeting on Mahanadi issue on Aug 3