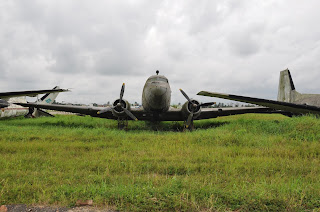 Bhubaneswar, April 28, 2018: Researcher Anil Dhir, who located
and identified iconic Dakota DC-3 aircraft in which Biju Patnaik rescued
Indonesia’s former vice president and Prime Minister in his famous heroic act
in 1947, at the Kolkata airport around five years back and since been trying to
bring it to Odisha has written to Chief Minister Naveen Patnaik to put the
carrier on display in Bhubaneswar airport instead of Cuttack. 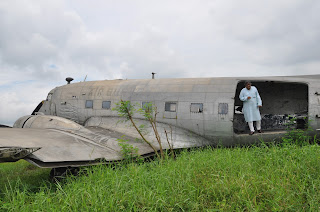 Dhir’s letter assumed significance after a preparation was reportedly
started in administrative level to put the carrier at the Anand Bhavan Museum,
the birth place of Biju Babu in Cuttack.
“It was heartening to hear that efforts are underway to get the
craft to Odisha. It was also reported that the plane would be brought to
Cuttack and kept in the Anand Bhavan Museum. I request you that the Dakota
should be got to Bhubaneswar and should be suitably parked in front of the Biju
Patnaik International Airport instead of Cuttack,” said Dhir, who himself is a
pilot. 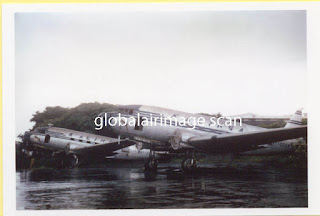 He said, “The right place for an aircraft is an airport, just as
the correct place for an old Railway Engine is outside a Railway Station.”
Maintaining that there are very few Dakotas on display in the
world, Dhir said, “Most of them are in air museums that are attached to airports
nearby. Nearly 35 of them are displayed outside prominent airports all over the
world, mostly in the United States of America.”
“Sir, the DC-3 Dakota was, and still is, unique. No other
aircraft has cruised every sky known to mankind. It has been admired,
cherished, glamorized, and given many tributes. It has flown more miles, broken
more records, carried more passengers and cargo, accumulated more flying time
and performed more “impossible” feats than any other plane in history,”
said Dhir.
“The Bhubaneswar airport is presently operating 27 flights a
day, if we calculate the inward and outbound movement, passenger traffic of
nearly 8000 persons each day along with another 10,000 as visitors. Roughly
20,000 foot falls happen at the airport each day. If the Dakota is kept at a
suitable place outside the Biju Patnaik International Airport, nearly 20,000
visitors will see this great relic of bygone days each day, and realise Biju
Babu’s contribution for the aviation history of the nation. At the Cuttack
museum, there will not be that many visitors in a whole year,’ added the
historian.