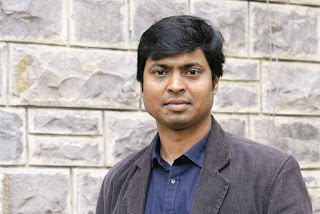 Bhubaneswar, May 18, 2018: Chief Minister Naveen Patnaik on Friday appointed
former Indian hockey captain and Rajya Sabha member Dilip Tirkey as the Odisha
Tourism Development Council (OTDC) Chairman.
The prominent tribal BJD leader was elected to the Rajya
Sabha on March 22, 2012. His tenure as Rajya Sabha member ended on April 2,
this year. On 2 May 2010, the Padma Shree awardee announced his retirement from
the international arena of hockey.
Last month, for the first time since its inception, State
PSU OTDC had paid an interim dividend of Rs 1 crore to the State Government.
After making continuous loss since its establishment in 1980, the PSU had
started making profit in 2003-04. While it made a net profit of Rs 5.89 crore
in 2016-17, its accumulated profit till March 31 is pegged at Rs 26.20 crore.
OTDC was incorporated in the year 1979 with aim to promote
tourism in Odisha. It is a State Government undertaking operating the largest
chain of hotel popularly known as “Panthanivas” in the state of Odisha. It
provides one stop travel solutions to the tourists visiting the State.
It is operating 20 hotels inside the State. OTDC operates
sightseeing tours from all important Panthanivases on regular basis to nearest
tourist locations.
OTDC transport fleet is well equipped with air-conditioned
coaches, luxury cars which are also offered on contract carriage basis. The
air-ticketing unit of OTDC provide tickets to all major Government and
Corporate house of the State in addition to the general public. OTDC is Silver
rated PSU of the State.