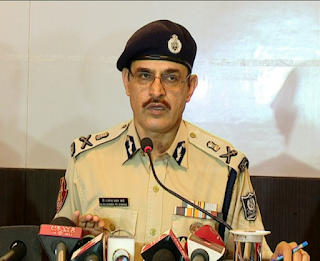 Bhubaneswar, May 27, 2018: Director General of Police Dr
Rajendra Prasad Sharma on Sunday said there were no chid lifting gangs present
in the State. Describing the messages circulated in social media as mere
rumours, he requested the citizens not to take law into their hands and attack
innocent people in the name of suspicion.
“There were no such gangs active in the State and there
was no case reported yet,” said Sharma.
The DGP’s clarification came amid the rumours about child
lifting gangs doing rounds on social media and people getting violent in some
places by attacking persons suspecting them to be child lifters.
Speaking to media persons here, Sharma expressed
disappointment at attack on people after villagers suspected them to be members
of such gangs in some parts of the State.
“Rumours making rounds in social media on child stealing gangs should
not be believed,” he said.
Believing the rumours, some people have attacked those found
to be suspicious or new to their villages and localities.
The DGP said he has already instructed the district Superintendents
of Police (SPs) to keep a strict vigil on the issue.
Notably, locals thrashed seven persons, including six from
Tamil Nadu suspecting them to be child lifters after they failed to give any
answer owing to language barriers at Gate Bazar in Berhampur.
According to sources, the six people from Tamil Nadu were initially
detained while they were roaming around in Gate Bazar area under Town Police
Station on Saturday night.
On finding them suspiciously moving around in the area, the
locals caught and later thrashed them. Later, police came to their rescue.