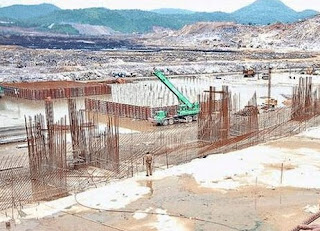 Bhubaneswar, June 2, 2018: Chief Minister Naveen Patnaik on Saturday
wrote to Union Environment, Forest and Climate Change Minister Dr Harsh Vardhan
seeking immediate operationalization of the ‘Stop Work Order’ on construction
work of Polavaram Project, till issues pertaining to Odisha’s interests are
resolved.
The Chief Minister had written similar letters of protest to Prime Minister Narendra Modi on September 16, 2015 and November 28, 2017.
Patnaik said that Odisha was not informed about the ‘Stop
Work Order’ and being kept in abeyance by Union Ministry of Environment and Forest,
which has allowed the construction works to go on without hindrance.
“The construction of Polavaram Project is in violation of
Godavari Water Dispute Tribunal award and is being done without assessing the
backwater extent in Sabari and Sileru limbs in Odisha territory. It will lead
to a situation that will permanently affect a large number of tribal people in
Odisha,” the CM said.
Chief Minister mentioned that the consent of the state of
Odisha was never taken in to account while changing the design parameters of
Polavaram Project by Government of Andhra Pradesh and Central Water Commission.
As construction of the dam along with spillway is going in full swing it will
lead to submergence of large areas in Odisha.
Raising questions over keeping the Stop Work Order in
abeyance, the CM asked for immediate halt to all construction on the Polavaram
project till Odisha’s issues and concerns are addressed.