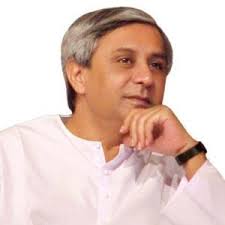 Bhubaneswar,
June 5, 2018: The move to constitute Legislative Council (Vidhan Parishad) in Odisha
revived again as Chief Minister Naveen Patnaik on Tuesday approved visit of the
Committee, formed in 2015 to study the modalities formation of councils
and gather knowledge,
to Bihar and Andhra Pradesh to study functioning of councils there.
The five-member committee was formed by Chief Minister
Patnaik in January 2015 to help State Government in setting up of a Vidhan
Parishad.
The fresh response of the CM after a gap of long time is
aimed at keeping old guards satisfied in view of the growing infighting at
higher level of the party.
Sources said after visiting Bihar and Andhra Pradesh, the committee
would prepare a report on the feasibility of legislative council in the State.
The committee has three members from the ruling BJD and one
each from opposition parties Congress and BJP. The five are Minister Nrusingha
Sahu, Pramila Mallick and Manohar Randhari (all BJD), Bhujbal Majhi (Congress)
and Nitesh Gangdev (BJP).
Earlier in May 2015, the five-member team along with the Secretaries
of the Odisha Assembly and the Parliamentary Affairs Department had visited
Maharashtra and Karnataka to study the functioning of the Legislative Councils
there.
Sources said the proposed Legislative Council in Odisha
would have 49 members. Now, Legislative Councils exist in Andhra Pradesh, Bihar,
Jammu and Kashmir, Karnataka, Maharashtra, Telangana and Uttar Pradesh.

22 posts created at Puri DIB ahead of Nabakalebara