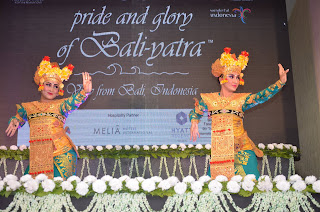 Kolkata, June 10, 2018: The three-day ‘The
Pride and Glory Of Baliyatra’ event which kick started at ‘The Rabindranath
Tagore Centre’, ICCR, Kolkata on Saturday will culminate on Monday.
Roots and Revelations, in collaboration
with Embassy of the Republic of Indonesia, Indonesia Tourism, Indian Council for
Cultural Relations (ICCR), Odisha Tourism and The Telegraph is presenting event. 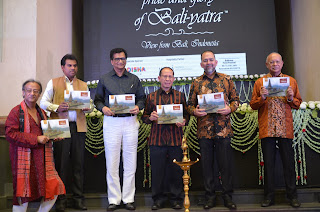 Baliyatra, meaning ‘Voyage To Bali’, is a
popular celebration of the glorious maritime history of Odisha, and ancient
trading links in Bali, Indonesia.
And Boita Bandana, an annual riverside
ritual that is performed by women-folk all over Odisha on the eve of ‘Baliyatra’,
is a symbolic commemoration of a traditional farewell that used to be accorded
to the brave sea-farers of yore on the eve of their annual voyage to Bali – the
genesis of Indian cultural influence in distant shores across South-east Asia.
The Pride and Glory Of Bali-yatra, an
initiative of Resource Indica : Roots & Revelations, is a never-before
multi-media project – on this great passage of time and glorious tides – that
throws new light on the impact of Indian tradition and culture that is visible
on the face of the land in Indonesia and in the minds and hearts of people in
the far away island of Bali, Indonesia.
The project was flagged-off during ‘Baliyatra’
at Cuttack, Odisha, in November 2013; and this curtain-raiser was presented in
association with Odisha State Maritime Museum, INTACH (Indian National Trust
For Cultural Heritage) & Indonesia Tourism.
Thereafter, there have been other
presentations in New Delhi & Bali – in association with ICCR, Asiatic
Society, INTACH, Embassy of the Republic Of Indonesia, New Delhi &
Indonesia Tourism.
Now the project is being extended to cover
‘The Pride and Glory of Baliyatra’ Heritage Tours to Indonesia.
The launch event was held at the Embassy of
Indonesia, New Delhi, on March 7, 2018. 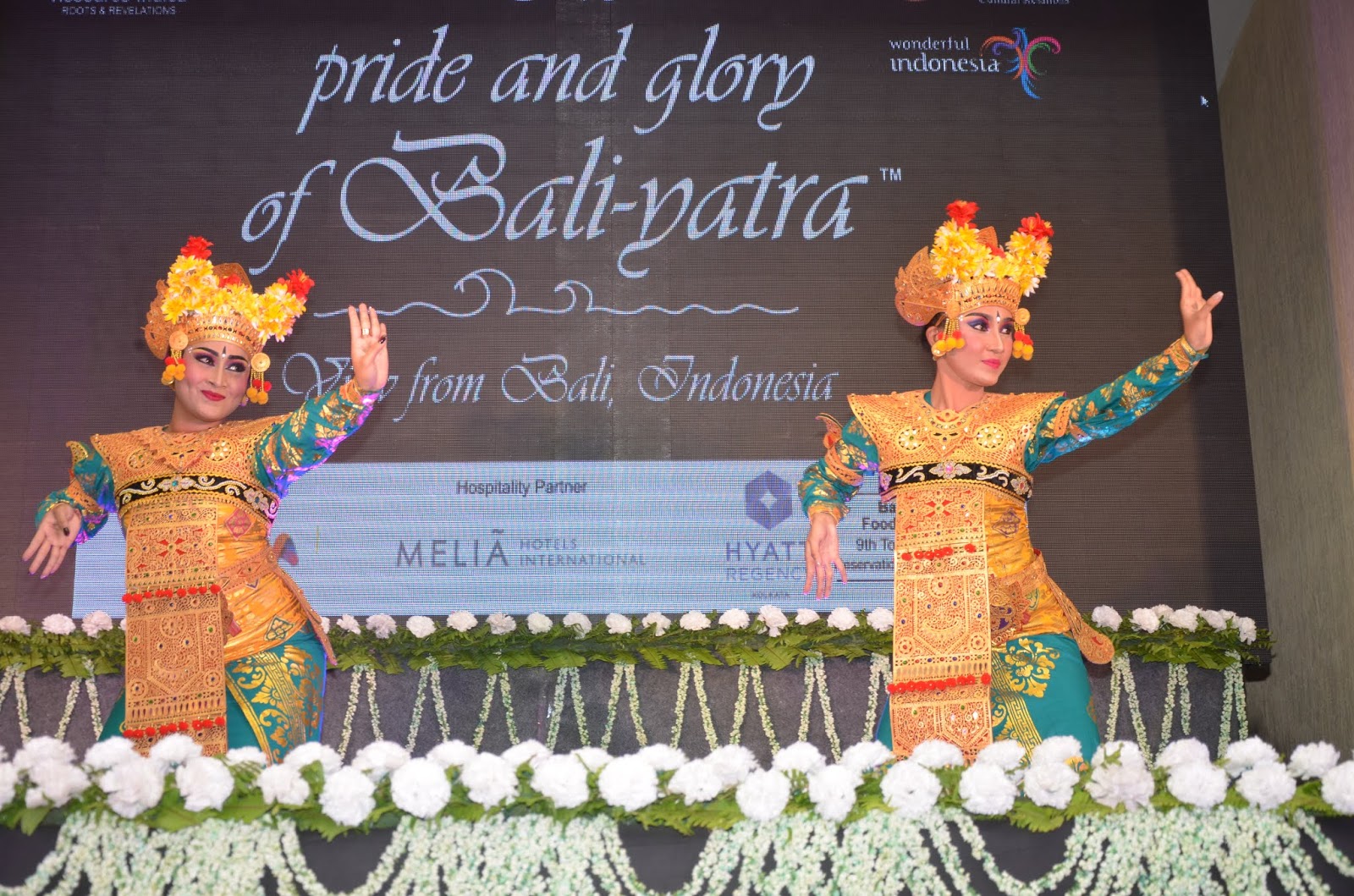 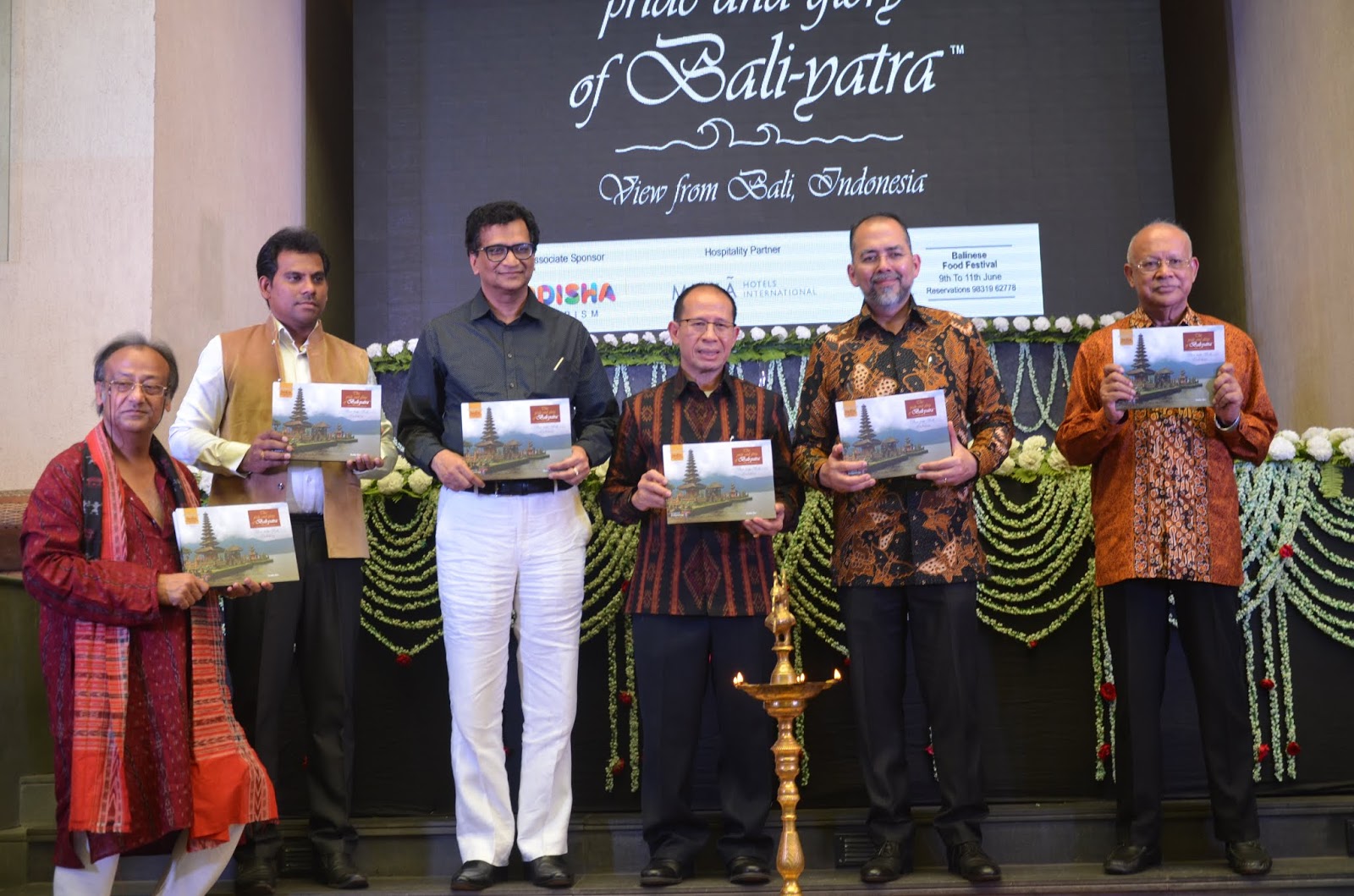 The ‘The Pride And Glory Of Baliyatra’
presentation in Kolkata will include a Pictorial Exhibition, Coffee-table Book
& Documentary Film – all of which were put together by writer, photographer
and film maker Sudip Sen (Director, Resource Indica: Roots and Revelations)
after much research on the subject and many visits to Indonesia to interact
with people and shoot there.
‘The Pride And Glory Of Baliyatra’ is the
first of a series of presentations – an initiative of ‘Resource Indica : Roots
& Revelations’ – that is driven by the glorious maritime history of India
and fuelled by Indian cultural influence across South-East Asia; and one that
is titled ‘Rediscovering India International Of Yore’.
The special press preview, at ICCR on June
8, included the unveiling of ‘The Pride And Glory Of Bali-yatra’ Pictorial
Exhibition, release of Coffee-table book & screening of Documentary film
and concluded with a live performance by traditional Balinese dancers  who were specially flown in from Indonesia
for the 4-day event – along with the Balinese Chefs for the 3-day Balinese Food
Festival scheduled from tomorrow, June 9 at Hyatt Regency.
“I am an Indonesian by birth and
nationality and feel privileged to represent my country here in India – a
country we believe much of our heritage and culture came from”, said Sidharto
Suryodipuro, Ambassador of the Republic of Indonesia.
Dr Nitin B Jawale, Director Odisha Tourism
said this is a project about the glorious maritime history and rich heritage of
our state and its influence in Indonesia.