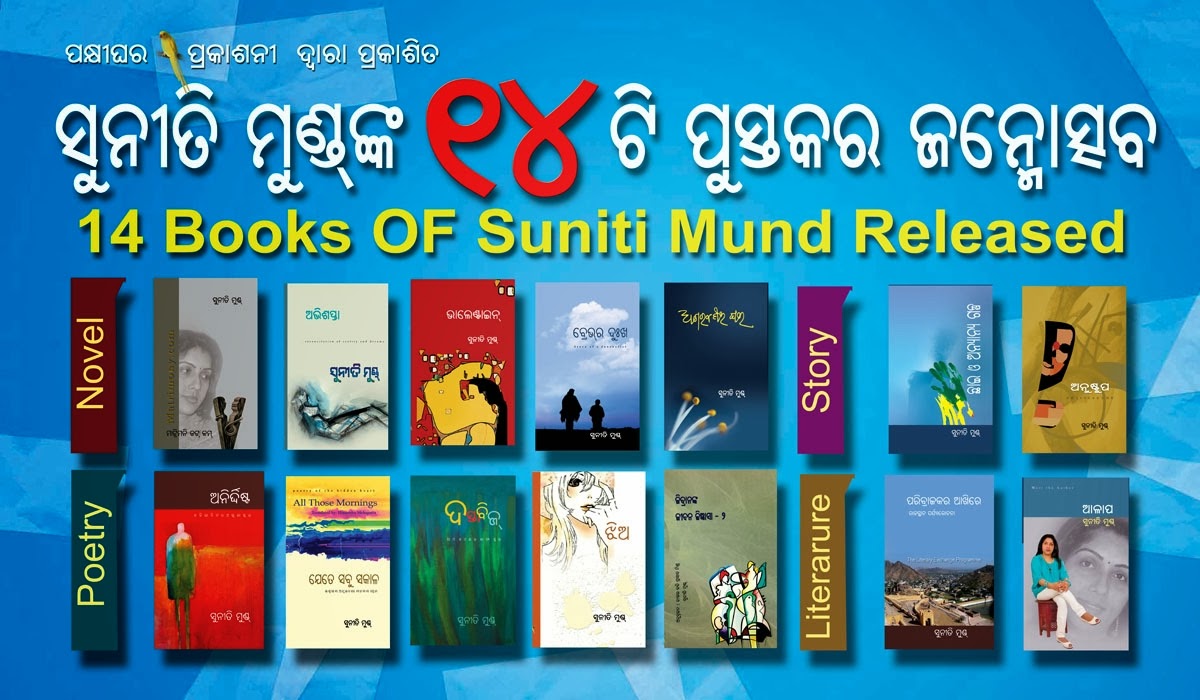 Bhubaneswar: Suniti Mund is a young Odia writer who has
created a record of sorts by releasing 14 books at the Jaipur Literary Festival
(JLF), an annual gathering of writers and artists from across the globe has,
over the years, gained the reputation of being one of the best venues to
showcase new writing and other works of art. This year, the JLF was held
between the January 17 and 21. The festival featured in excess of 350 writers,
artists, critics and other academics from various disciplines that attended,
displayed their art and had them discussed.
Mund is a well-known Odia writer and a recognized media
personality of Odisha.
Mund’s writings, which include five collections of novels, five
poetry collections, two collections of short stories, one book of interviews
with various writers and a travelogue, were showcased at this prestigious
event.  All the 14 books were officially
released here earlier by the famous lyricist and poet, Prasoon Joshi on the
January 19.  These books were then
individually, released by a host of authors from all over the world at the
different venues of the festival.