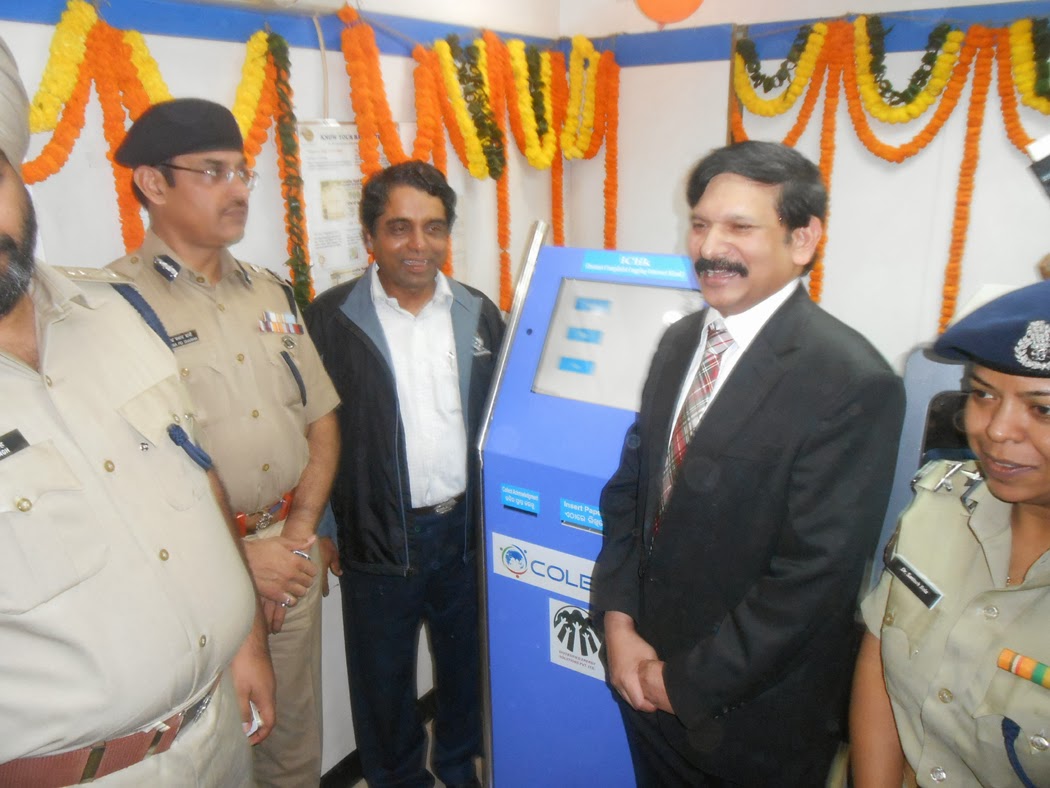 Bhubaneswar: The Bhubaneswar-Cuttack
Commissionerate Police on Tuesday introduced a unique facility named an Instant
Complaint Logging Internet Kiosk (ICLIK) in order to check crime against women
in Bhubaneswar. This unique IT invention to control crimes against
women is being implemented for the first time in any city in India.
The
kiosk was installed in the Bank of Baroda ATM at plot number A-154, Saheed
Nagar (near Sparsh Hospital). Commissioner of Police Dr
RP Sharma inaugurated the kiosk which will function round the clock. 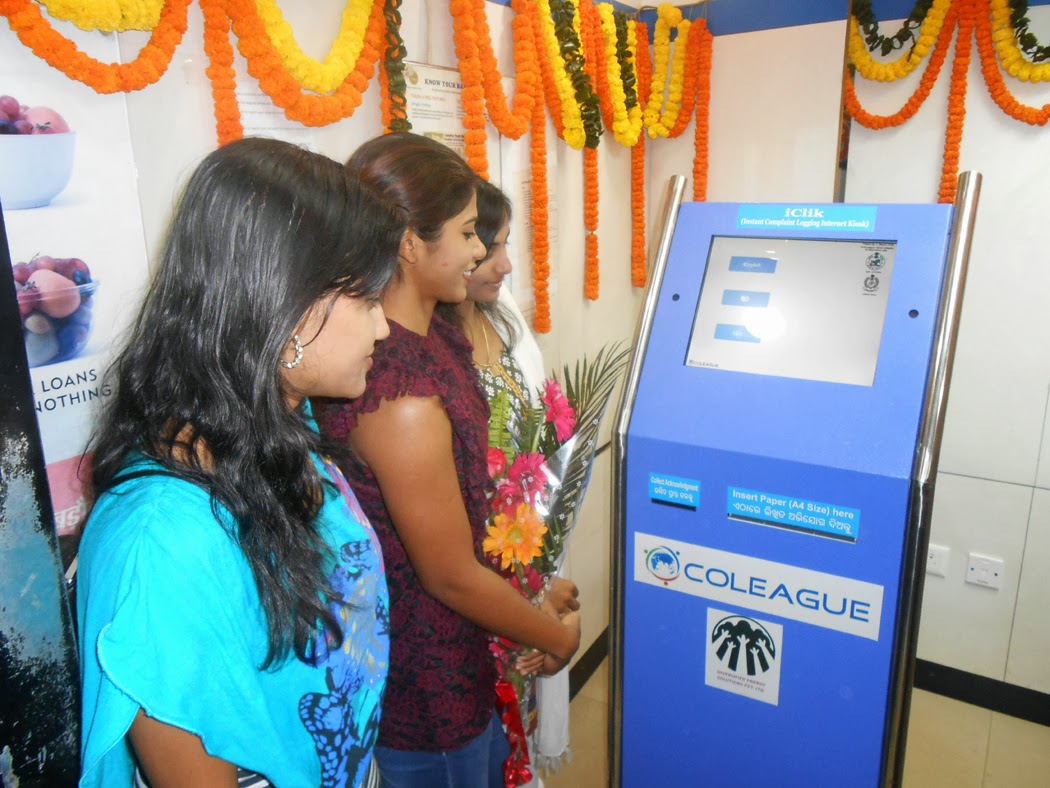 Any
woman can register her complaint in three different ways using this kiosk like
lodge complaint either writing in three languages such as: English, Hindi and Odia
or she can also lodge complaint through voice command. Another way of
registering complaint is sending the scan copy of the written complaint using
the ICLIK kiosk. Once the complaint got registered she will get a receipt of
her complaint from the kiosk itself.
This
innovative grievance redressal system is a proprietary, patented system having
the Patent 1178/KOL/2013. This unique system was conceptualized and patented by
Joydeep Nayak, IPS, IGP, Odisha.
Bhubaneswar
DCP Nitinjeet Singh assured that the response of the police will be immediate
through the modern control room and the PCR vans. This women-friendly concept
is to make women feel safe in Odisha and enhance their convenient interface
with the police.
OCAC
has been the pioneer in implementing the technology.

Self employment training for disabled planned in Odisha