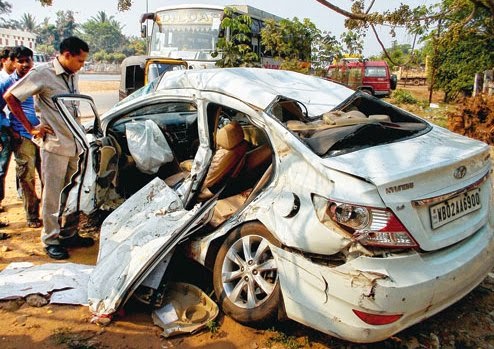 Bhubaneswar, Aug 27:  The National Human Rights Commission has sought an action taken
report (ATR) from the Bhubaneswar Deputy Commissioner of Police (DCP) on
frequent accidents and human deaths at Khandagiri square.
The commission has
sought the ATR within four weeks while acting on a petition filed by rights
activist Sangita Swain.
The petitioner said on
July 5 night this year three eunuchs namely Panja, Barsa and Sanju, had died at
the Khandagiri square near the Khandagiri police station after the truck they were
travelling in rammed a dumper laden with boulders.
The petitioner further
alleged another three persons were killed and 11 were injured on January 12
last year and on March 30 this year also other three engineering students were
killed in road accident at the same spot.
Urging the commission
to take up the issue and direct the Bhubaneswar DCP for an ATR on the issue, the
petitioner appealed to the apex human rights watchdog to ensure adequate
compensations to the kin of the deceased immediately.