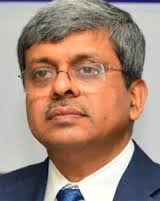 Bhubaneswar, Nov 3: Chief
Secretary-headed State Level Committee (SLC) on Thursday granted in-principle
approval to the State’s maiden private industrial park to be set up by Gitanjali
Gems Limited at Ramdaspur in Cuttack district. The total investment envisaged
in this private industrial park spread over 100 acres is approximately Rs 700
crore over the next seven years.
Gitanjali gems had proposed setting up
a gems and jewellery processing unit during discussions with the State
Delegation during Make in India week in Mumbai in February. The company had
submitted its application and the same had been approved by the State Single
Window in May. However, enthused by the facilitation extended by Government of
Odisha and the ‘first of its kind’ policy of Private Industrial Estates being
offered by the State under the Industrial Policy 2015, the company submitted a
proposal for setting up a private industrial estate.
The park will provide added thrust to
the export-oriented Gems & Jewellery Sector in Eastern India in general,
and Odisha in particular. The project envisages employment generation for over
16,000 locals, the beneficiaries primarily being women. Gitanjali Gems Ltd. has
proposed investing in sector-specific skill development initiatives to enhance
employability.