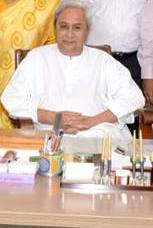 Bhubaneswar, August 21, 2017: Chief Minister Naveen Patnaik on Monday handed
over the appointment letters to as many as 581 doctors and asserted that more
than 5,700 posts of Paramedics will also be filled up this year.
“I congratulate all the doctors who are joining the
prestigious Odisha Medical Service today. Healthcare is a top priority of the State
Government. Availability of doctors is the basic minimum requirement for providing
quality health services,” said Patnaik, adding that the State Government will
soon post 169 Homoeopathic and 50 Ayurvedic doctors in the State.
He called upon the newly inductees to live up to the expectation
of the people and asked them devote themselves towards making Odisha a leading State
in providing quality health care for all.
Patnaik claimed that the 581 inductees is by far the highest number
of doctors to join in one spell.
Health and Family Welfare Minister Pratap Jena, department
Secretary Pramod Kumar Meherda was present.
“We have successfully introduced a Placement Based Incentive System
which has resulted   in a sharp decline
in the vacancies of doctors in remote and difficult areas,” added Patnaik.
The  State  Government
is keenly   pursuing   to
fill  up  vacant
posts  in other  cadres
in the  health  sector, said Patnaik.