Bhubaneswar, February 9, 2018: The Film Society of
Bhubaneswar (FSB) will host a seven-day ninth Indian Film Festival of
Bhubaneswar from February 14 at the IDCOL auditorium here.
The festival will screen contemporary works from the east
and the northeast (Assamese, Bengali, Bodo, Manipuri, Khasi and Odia); South
(Kannada, Malayalam and Tamil), West (Marathi); and North (Hindi and Punjabi),
informed the FSB in a press release.
Apart from this award winning films including ‘Kutrame
Thandanai’ (Crime is punishment) by M Manikandan, ‘Merku Thodarchi Malai’
(Western ghats) by Lenin Bharathi (both Tamil), ‘Munro Thuruthu’ (Munroe
Island) by Manu (Malayalam), ‘Capital I’ by Amartya Bhattarcharyya (Oriya),
‘Masaan’ by Neeraj Ghaywan (Hindi) will be screened during the event which will
culminate on February 20.
Girish Kasaravalli, acclaimed film-maker from Karnataka will
be the chief guest at the event. Ananya Kassaravalli and Babu Eshwar Prasad
from Kerala Chalachitra academy, Manju Borah among many others will also grace
the occasion.
Some of the films made by noted Malayalam film-maker G
Aravindan will be screened at the festival as mark of a tribute.
Debate and discussion on the role of media in development of
cinema culture in Odisha, the role of literature in cinema, the future of
Independent cinema in Odisha and its globalisation, and the importance of
digitisation in democratising cinema will also be conducted. 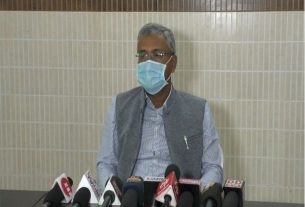