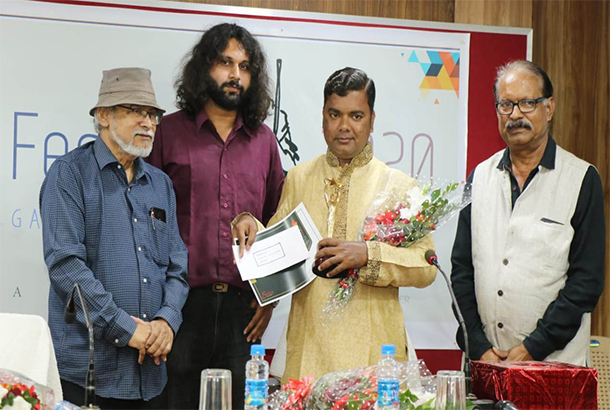 Bhubaneswar: As the world is celebrating 150th birth anniversary of Mahatma Gandhi, SPARSH – a production house of Odisha, organised the 3rd edition of short film festival – IGNITE with the theme ‘Values of Gandhi’.

The award giving ceremony was held on Wednesday at Utkal Chamber of Commerce and Industry Ltd here.

The movie ‘SwachhaSankalpa’ by Gyanaranjan Sathua won the 2nd runners up award and prize money of Rs 10,000.

IGNITE Film Festival 2020 invited films made on the philosophies of Gandhiji. Films from participants made on any values of Mahatma Gandhi which will make people aware and conscious about the fact that Gandhiji can still exist in our life.