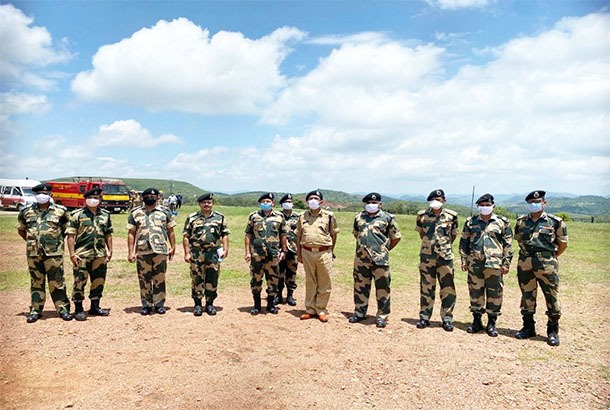 Koraput, August 29: Director General of Police (DGP) Abhay on Saturday visited Koraput district and reviewed the anti-Maoist operations, anti-Cannabis initiatives of the district police and other issues in the district.
He interacted with the senior officers of the district police and CAPFs and reviewed the security response as well as developmental activities going on in the area. He also interacted with Police Covid Warriors.
He also presented appreciation certificates to Corona Warriors who promptly joined duty after recovery from Covid.

“Koraput district was earlier a strong base of CPI (Maoist). Over the years, the district has seen remarkable improvement in the scenario due to pro-active security response and developmental initiatives. In the present scenario, Maoist menace remains challenging in parts of the district particularly in Machhkund, Nandpur, Padwa, Pottangi and Boipariguda Police Station area,” said the DGP.
It was revealed in the meeting that Malkangiri – Koraput – Vishakha Border (MKVB) Division operating under Andhra-Odisha Border Special Zonal Committee (AOBSZC) is active in these areas. Besides, Darva Division, operating under Dandakaranya Special Zonal Committee (DKSZC), is active in Ramgiri and Kundra Police Station areas.

“However, with the marginalization of Nandpur Area Committee, CPI (Maoist) activities have slackened significantly in the district. However, since the LWE problem is dynamic in nature, the developments are under close watch. During the period from 2018 onwards, nine hardcore Maoist cadres have been neutralized in the district, 18 have been arrested and one cadre has surrendered,” said the DGP.

Both Odisha and Andhra Police are working in excellent coordination in the district to curtail CPI (Maoist) activities. Developmental activities are in full swing in the district in the sectors of road connectivity, digging of bore wells, health care, education, public distribution, added the DGP. 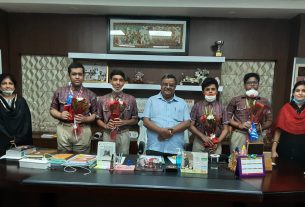 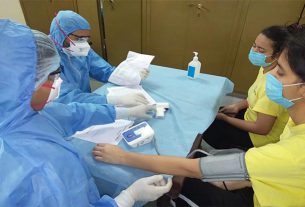