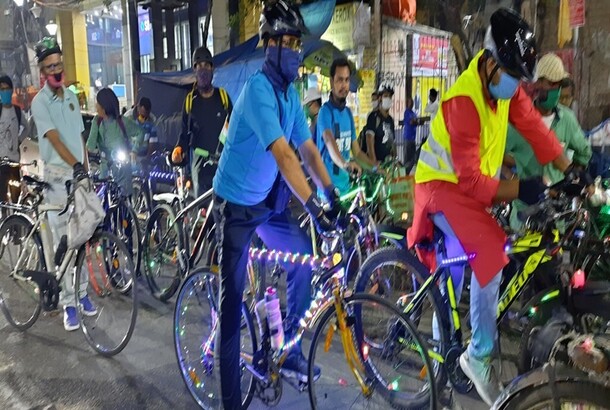 Bhubaneswar, November 3: SwitchON Foundation organised a State-wide cycling event, ‘Cycle with Lights’ Parade to create awareness on the harmful effects of bursting fire crackers for the third consecutive time, this year with cyclists from Odisha joining in too.

The aim of the parade is to sensitise citizens about the harm firecrackers cause to the environment and public health and also appeal for state wide Firecracker Ban eventually in the coming years. The event, organised across 14 major cities, in the previous year has seen over 500 cyclists which included people of all age groups participating.

Cyclists were seen urging citizens to ‘Say No to Firecracker’ while carrying placards, posters and banners and travelling the roads of the city on bicycles decorated with eco-friendly battery operated, led lights. The cyclists encouraged people to choose pollution – free celebration options instead. The event receives an overwhelming participation every year. The participants were also seen raising slogans on air pollution and distributing leaflets on how to make the upcoming festival cleaner, safer and pollution free for all.

Speaking at the event, Vinay Jaju, Co-Founder of SwitchON Foundation said, “This years event saw a huge turnout of cyclists urging citizens to say no to firecrackers, such large-scale awareness drives are needed to sensitise citizens on the harmful effects of air pollution from firecrackers; the air becomes unbreathable.”

The goal of cycle with lights is to draw light to the common eyes towards the looming threat of air pollution with the plethora of ailments alongside the possibility of yet another public health crisis in the future.

Many doctors have warned of a public health crisis with the particulate matter released by firecrackers and air turning toxic and entering our lungs and bloodstream making it extremely dangerous.

The whole event was part of a series of larger steps taken by SwitchON Foundation to pledge for a cleaner and better air after Diwali and Kali puja celebrations in the state of Odisha this year and beyond. 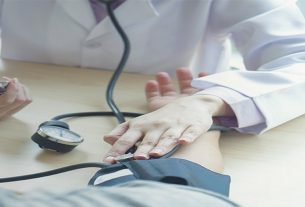 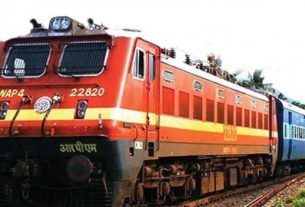 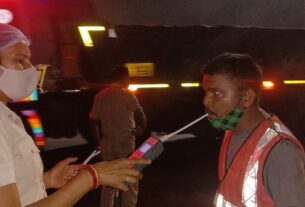