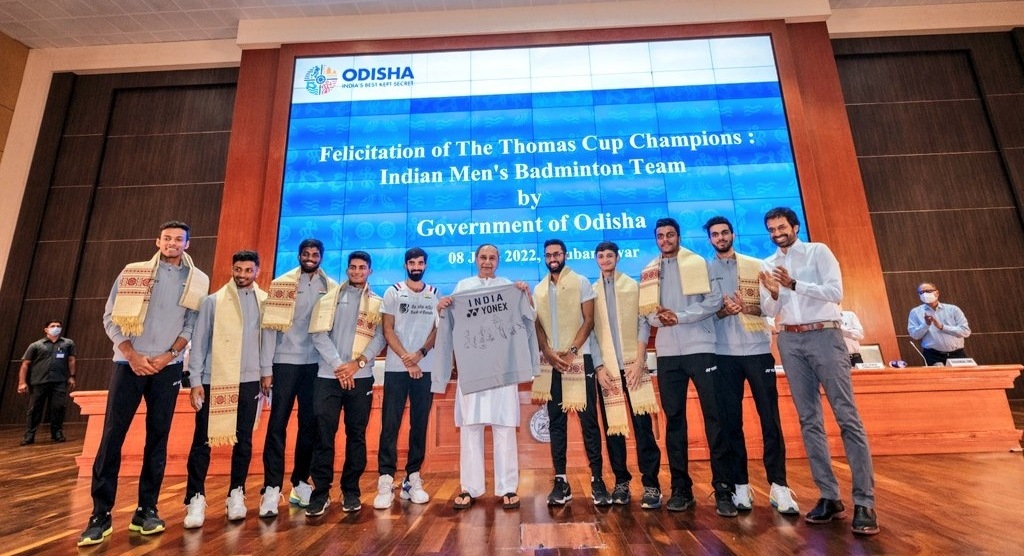 India won this coveted cup for the first time in the history of Thomas cup championship since it started in 1948-49. Apart from Hockey and Cricket, this is only third sporting event where India became world champion in a team event.

The Chief Minister honored Gopichand with a shawl and memento. All the team players received Rs 10 lakh Cash Award each. The players also presented the Chief Minister a Team India Jersey autographed by all the players.

Speaking on the occasion, Chief Minister Patnaik said that India has now become a production centre for world champions in badminton.

In partnership with Gopichand, a state-of-the-art High performance facility will be launched in next few months. We are constructing 89 Multi-purpose indoor halls across the State.

We would also like to host the Odisha Open as an annual event and support more such international championships, he announced. He wished the team more success for future championships.

Chief National Coach Pullela Gopichand said, “Odisha is the only State that is promoting all sports persons across the country. Odisha is one of the pioneers in promotion of sports now.” 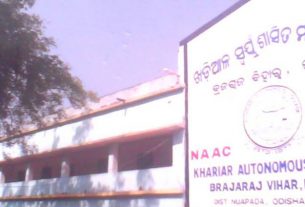 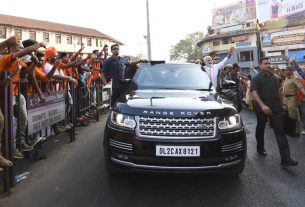 PM Modi to hold roadshow in Bhubaneswar on April 16 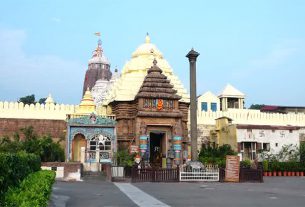