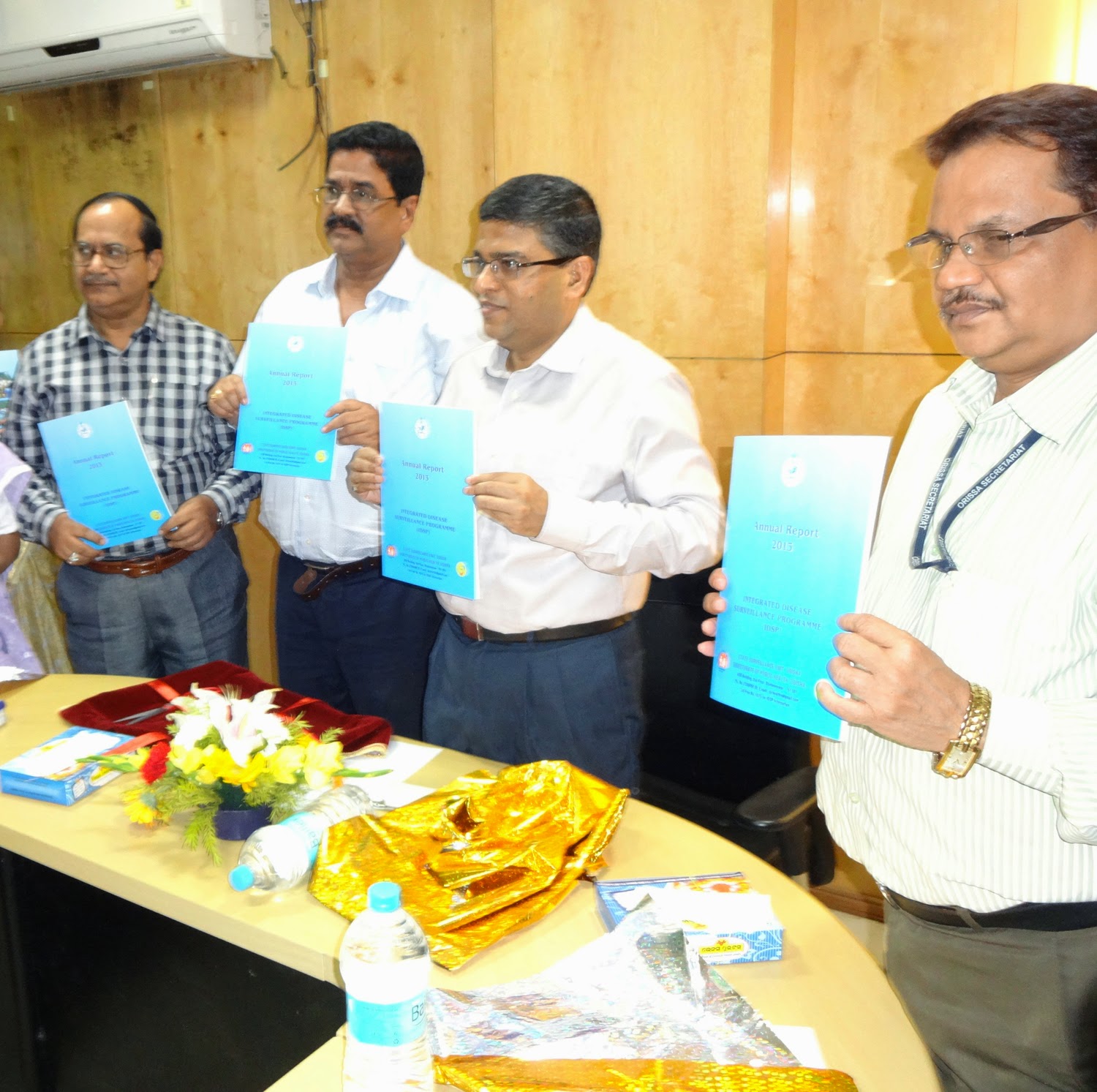 Bhubaneswar: A total of 3368 acute diarrhoea
cases were detected out of which 29 died during 2013. Similarly there was 3287
cases of food poisioning and 18 deaths, 119 cases of measles and one death, 345
cases of jaundice and one death, 93 cases of anthrax and no death, 7132 cases
of dengue and 6 deaths were reported during the sameperiod in Odisha.
This
was revealed in the Integrated Disease Surveillance Programme (IDSP) report for
2013 which was released by Health and Family Welfare secretary Pradipta Kumar
Mohapatra on Wednesday.
The
IDSP monitors the disease trends of communicable disease of outbreak
importance. It is intended to generate and detect early warning signals of
impending outbreaks and help to initiate an effective response in a timely
manner to prevent cases and deaths in the community. It also supports the
district for timely outbreak investigation and response, coordinates health
service deliverables during natural calamities such as flood, cyclone and heat
wave etc.
The
decentralized surveillance system of IDSP coordinates effectively to gather
timely information on weekly/daily basis.
During
the release of the report among others Director Health Services Dr NK Mishra ,
Director Public Health Dr SB Panda and other departmental Officers were
present.