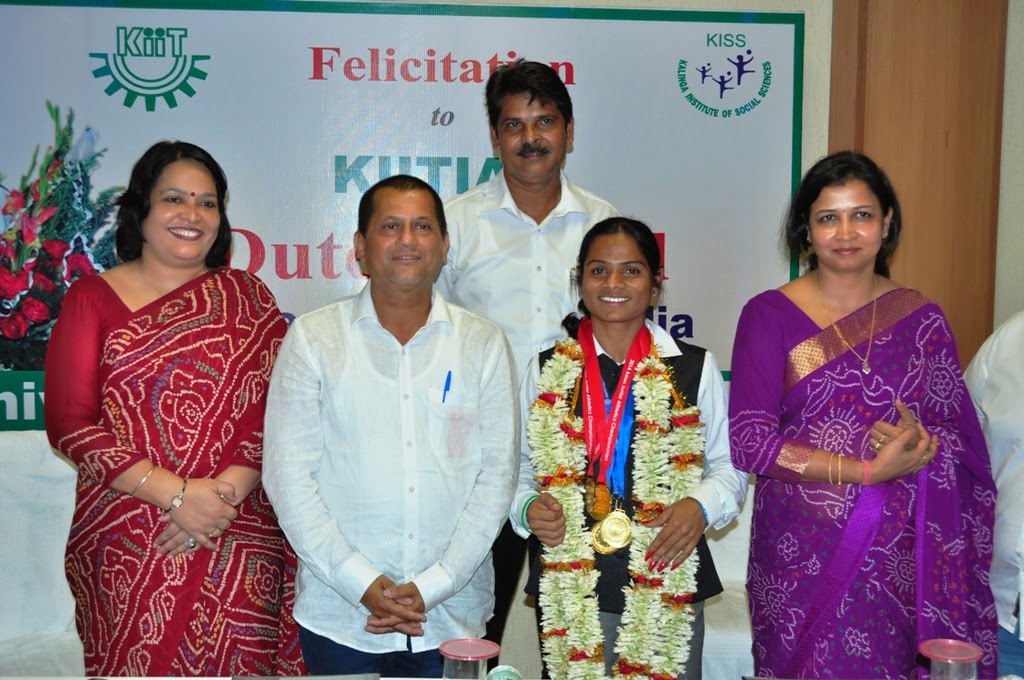 Bhubaneswar: Odia sprinter
Dutee Chand was felicitated at the KIIT campus upon her arrival in Bhubaneswar
on Tuesday. Dutee, who is a student of KIIT Law School, won double gold –
women’s 200 m and 400 m x 4 relay – in the recently concluded Junior Asian
Athletic Championship held in Taipei, China from June 12 – 16. She was
felicitated in presence of Dr. A. Samanta, Founder, KIIT & KISS. She has
also qualified for world junior athletic championship and nominated for
forthcoming Commonwealth Games.

Expressing his
satisfaction over the achievement, Dr. Samanta said, Dutee has brought many
laurels for Odisha and the country. Calling her “the pride of KIIT”, he hoped
that she will also achieve success in junior athletic championship and
Commonwealth Games.

In another development,
a coaching-cum-selection camp of Odisha women cricket was inaugurated in KIIT
campus by Dr. A. Samanta. The camp will continue from June 17 – 25, 2014.
Players for Junior and Senior Odisha Women Cricket Team will be selected
through this camp. As many as 90 girls from 30 districts of Odisha are
participating. Sports Department of KIIT is managing the camp under active
guidance of OCA.