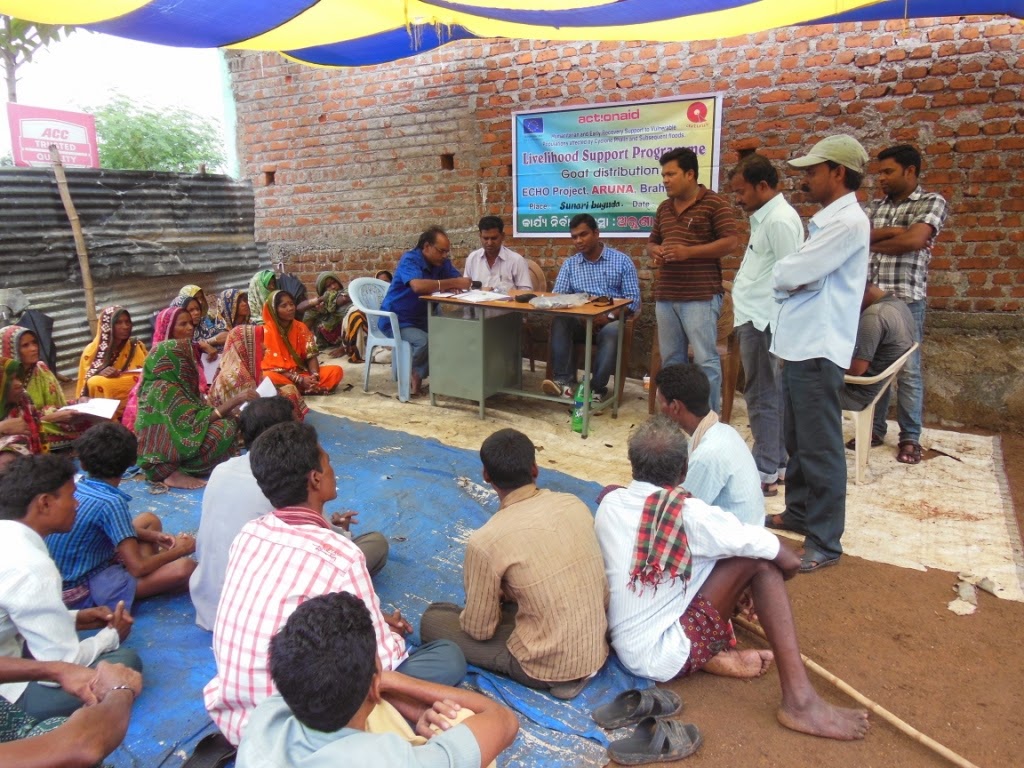 Bhubaneswar: To restore the livelihood of the survivors of
Cyclone Phailin and its subsequent floods, ActionAid with its local partners
extended livelihood support in 92 villages in Ganjam, Puri and Mayurbhanj
districts in Odisha through its post Phailin disaster response programme.
With the financial support from European Commission
Humanitarian Aid and Civil Protection (ECHO), ActionAid has provided poultry
support to 180 households, goatery support to 32 households and agriculture
support (millet seeds) and sapling support (cashew, coconut, casurina, drum
stick, guava and papaya) to 600 families as livelihood support whose
livelihoods were destroyed last year, informed a Press release issued by the NGO.
Another 90 families will be provided poultry support, 88
families will be provided goatery very soon. Apart from that, 50 fishermen
groups (comprising 4 to 5 members each) of coastal villages of Puri and Ganjam
districts are being provided Boats and Nets.
“We are supplementing the effort of the state government in
bringing normalcy in the lives of Phailin survivors through our humanitarian
and early recovery support and we hope, this support will help people to start
their lives afresh. All these diverse support will help people of different
marginalized communities like fishermen, tribals, dalits and especially the
women in these communities to secure their livelihoods and revive the local
economy,” said Debabrat Patra, Regional Manager, ActionAid, Odisha.
Besides, ActionAid is also supporting households to build
new transitional shelters for the affected families whose houses were totally
or partially devastated in the cyclone Phailin.

Road show held in Hyderabad ahead of Make in Odisha conclave

Sharecroppers to get agriculture input subsidy