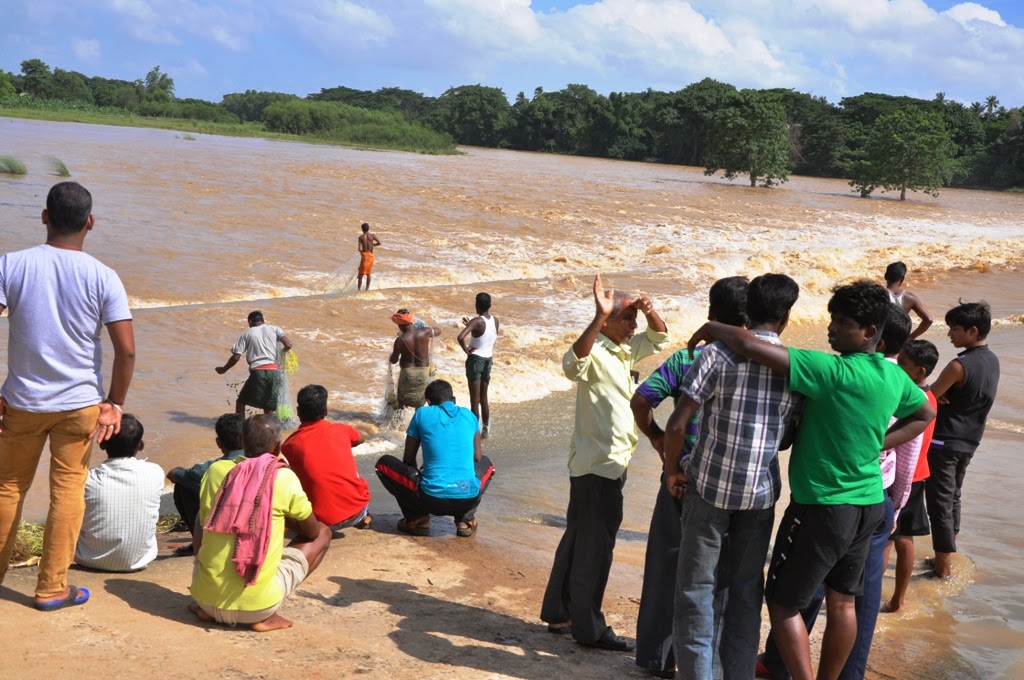 Bhubaneswar: Hundreds of thousands in the coastal Odisha
districts breathe easy on Thursday as the threat of impending flood in Mahanadi
river system averted.
Special Relief Commissioner (SRC) Pradipta Kumar Mohapatra
told mediapersons here that the threat of a major flood in the Mahanadi river system
has been averted as around 11 lakh cusec water is flowing at Mundali against expected
12 lakh cusec  without any indication of
causing trouble.
The SRC further informed that the water level in all major
rivers including the Baitarani in was also receding.
“There is no possibility of a major flood in Mahanadai river
system anymore. Similarly, since the water level in the Baitarani has started the
situation will also improve in Jajpur and Bhadrak districts,” said Mohapatra.

Mohapatra said nearly 1, 11,820 people have been evacuated
and shifted to safer places so far while a total 240 free kitchens have been
opened in 14 flood affected districts where cook foods have been provided to flood
victims. The death toll due to heavy rains and floods has gone up to 34
including 19 in the current phase.
According to the SRC a total of 26 breaches have occurred at
various places in the embankments of both small and big rivers in the State. “The
sooner the eater will recede the Water Resources Department Engineers will
carry out the repair of breaches as we are now in mid Monsoon,” said the SRC.
The SRC further informed that some sluice gates at the
Hirakud Dam will be closed today as the dam is experiencing decreased inflow of
water in view of decrease in ranfall in Mahanadi’s upper catchment in
Chhattisgarh.

“The Water Resources Department will take a final decision on
whether to close more sluice gates. We have to keep the dam empty as far as possible
to accommodate more flood water as the IMD is predicting more rain fall from
August 10,” said the SRC.