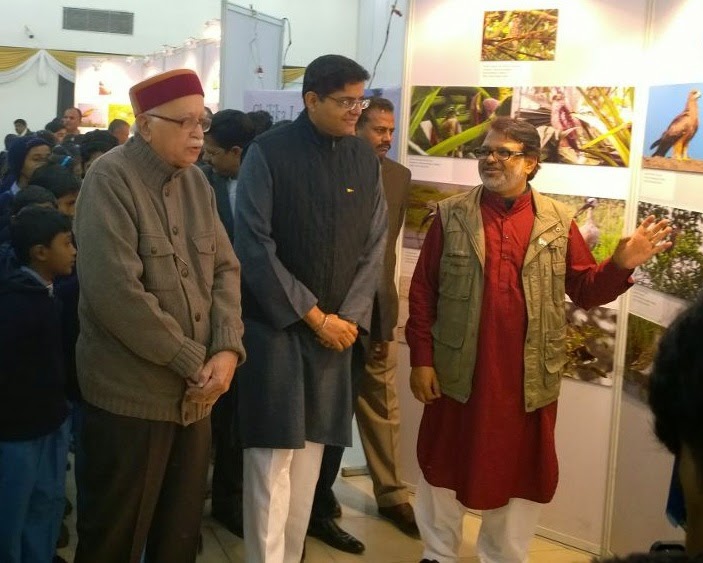 Bhubaneswar, December
22: Senior BJP leader LK Advani on Monday inaugurated the two-day photography exhibition
“Birds of Odisha” organized by senior BJD leader and Lok Sabha (Kendrapada) member
Baijayant Jay Panda at the Constitution Club of India in New Delhi.
The exhibition showcased
the photographs clicked by renowned photographer, Mr Pramod Dhal, from his
constituency, Kendrapara. The aim of the exhibition is not only to showcases
the exquisite wildlife of Odisha but also to promote its tourism.
“Mr Baijayant Panda is
the only Member of Parliament I know, who takes exceptional efforts to promote
his state at the national capital of our country. Other MPs should follow suit,”
the BJP veteran maintained.
On the occasion Panda
said, “Odisha has a rich natural heritage and untouched beauty, yet left
unexplored by tourism. The Chilika Lake, Bhitarkanika national Park, Simlipal
National Park, Lalitgiri, and Gahirmatha Beach and Marine Sanctuary have
exquisite species of wildlife. Odisha has a 700 km long coastline with mangrove
forests, hat are home to a number of rare birds and fish. This exhibition
attempts at capturing this beauty of Odisha.”
Mr Pramod Dhal belongs
to Argal village of Kendrapada Odisha. He has been bird watching as a hobby
since his childhood and began to photograph them only two years ago. He has
clicked over 300 of birds among 524 species found in Odisha. Some of them are
very rare or declared endangered by IUCN.
Minister of State for Skill Development and
Entrepreneurship and Parliamentary Affairs Rajiv Pratap Rudy attended as guest
of honour.