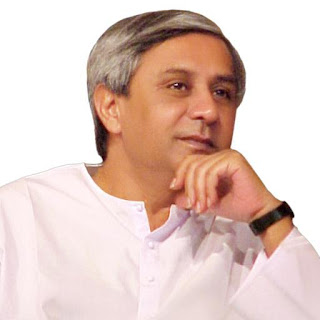 Bhubaneswar, July 30: Urban infrastructure in Odisha would get
a massive boost with Rs 187 crore worth projects on piped water and energy
efficient lighting, said Chief Minister Naveen Patnaik on Saturday.
Patnaik while laying stones for various projects through
videoconferencing at the State Secretariat here, Patnaik said as per his
Government’s stated priority to ensuring modern amenities and infrastructure in
urban areas, it has initiated a number of projects covering vital sectors like
drinking water and lighting.
The CM laid foundation stones for 50 urban piped water
supply projects for 26 towns and cities. The projects worth Rs 152 crore
involve replacement of old pipelines over 500 km. To be completed by March
2017, the revamped water supply system will not only benefit 13 lakh people but
also be a major step towards addressing public health issues. Also launched a
project for protection of sweet water fields in Puri from salinity. Protection
walls will be constructed to prevent saline intrusion into the sweet water
sources, which cater to the drinking water requirement of the pilgrim city.
Street illumination in major cities of Bhubaneswar, Cuttack,
Sambalpur, Rourkela and Berhampur will be converted to smart LED lighting
systems on PPP mode, a tripartite agreement for execution of energy efficient
LED street lighting projects were signed between the concerned Municipal
Corporations, Energy Efficiency Service Limited of Government of India and
companies.
As many as 41,000 street lights will be replaced with LED
systems at a cost of Rs 35 crore benefitting 25 lakh people.
Patnaik also launched  “Bhubaneswar One” portal under
Bhubaneswar Smart City project which marks another accomplishment to transform
the capital city to a world class city. The Web-based GIS Map portal will
provide easy access to public services, location-based info on destinations and
heritage sites, traffic management and various information.
“As we celebrate Biju Centenary this year, we have made it
our mission to fulfil his goal of ensuring proper civic infrastructure and
basic amenities in all rural and urban areas,” Patnaik said.