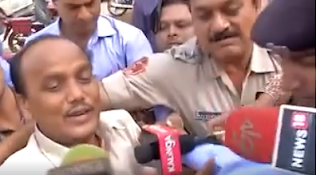 Bhubaneswar, September 19, 2017: The CBI, probing the
multi-thousand crore chit fund scam in Odisha, arrested ruling Biju Janata Dal
(BJD) MLA Pravat Ranjan Biswal on Monday night for his alleged involvement in
the Sea Shore chit fund scam.
He was taken on a five-day remand by the central probe agency
after he was produced at a local court here. He was booked under Sections 467,409,409,471,420,120
(B) of Prize Chit, Money Circulation and Banning Act, sources said.
Biswal while being produced in court told media persons that he was a victim of political vendetta. 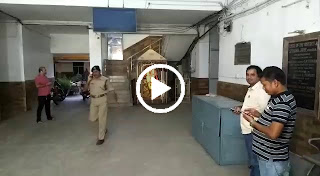 The arrest of the three-time MLA came as a big jolt to Naveen
Patnaik-led BJD as the probe agency had already arrested party Banki MLA Pravat
Tripathy in connection with AT Group chit fund scam and party Mayurbhanj MP
Ramachandra Hansdah in Nava Diganta Ponzi scam. Tripathy is now out on bail.
Meanwhile, the BJD unlike in the past when it wasted no time
in suspending MLA Tripathy and MP Hansdah after they were arrested by CBI for
chit fund links in 2014, on Tuesday said the arrest of its Cuttack-Choudwar MLA
is political vendetta by the BJP and stood firmly behind the legislator.
Biswal was summoned to the CBI office here on Monday evening.
After a few hours, CBI arrested the MLA. A team of doctors from Capital
Hospital examined Biswal’s health at the CBI office here as the MLA’s supporters
gathered near the CBI office protesting his arrest.
In 2014, the MLA and his wife and former Cuttack ZP
chairperson Laxmibilasini Biswal were interrogated by the CBI over a land deal
with Seashore Group chairman Prashant Dash.
Both the husband and wife were accused of embezzling lakhs of
rupees from the ponzi firm by promising to sell their land in Jajpur district.
Party vice-president Prasanna Acharya at a news conference at
the party headquarters here said his party would take the fight to the streets.