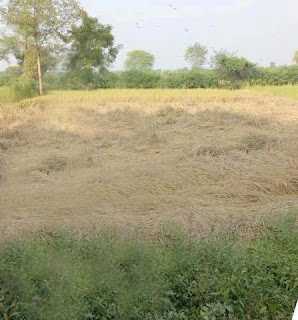 Bhubaneswar, November 6, 2017: Odisha Government on Monday
announced a package for farmers sustaining crop loss due to pest attack in the Khariff
season 2017.
Revenue and Disaster Management Minister Maheswar Mohanty
said that agriculture input subsidy will be provided to the small and marginal
farmers who have sustained crop loss of 33% and above due to pest attack at Rs 6,800
per hectare of land in rain-fed/ non-irrigated areas and Rs 13,500 per hectare
of land in areas under assured irrigation.
Decision to this effect was taken at the Agriculture Cabinet
meeting chaired by Chief Minister Naveen Patnaik wherein Agriculture Minister Damodar
Rout was present.
Agriculture input subsidy will also be provided to farmers
other than small and marginal farmers at the same rates subject to a ceiling of
two hectares per farmer. The assistance shall be provided to the actual
cultivators, he said.
“In pest affected areas, 75% subsidy will be provided to the
farmers for purchase of insecticides/ pesticides for management of #BPH for
crops sown during Kharif, 2017. Steps will be taken to make these pesticides
available in all affected blocks immediately,” said the Minister, adding that the
benefit will be limited for maximum two hectares per farmer.
He said that​10,000 sprayers will be made available to the
affected farmers in the BPH affected areas at a subsidy of 50% subject to
maximum of Rs 3000 per sprayer while 50,000 landless, marginal and small
farmers in the pest affected areas will be provided livelihood support in terms
of backyard poultry.
At the same time, a focused approach will be adopted to take
up intensive fodder cultivation in these GPs through distribution of suitable
fodder kits, he said.
Mohanty said 1.00 lakh seed minikits and demonstration kits
comprising of #paddy, pulses, oil seeds and 50,000 vegetables kits will be
supplied to the farmers for the Rabi Programme in the affected villages while 5,000
pump sets will be provided with 50% subsidy limited to Rs 15000 per pump set to
the farmers.
On October 25, Chief Minister Naveen Patnaik announced a
package for drought-hit farmers in 70 blocks of 15 districts. More than 3.15
lakh hectare paddy was damaged due to drought.