Bhubaneswar, January 11, 2018: Baramunda bus stand will get a grand
makeover as a best Inter-State Bus Terminal (ISBT) by April 2019.

Conceptualized by Bhubaneswar Development Authority (BDA) and Commerce and
Transport Department, the proposed ISBT will boost intra-city, inter-city and
inter-state bus services with state-of-the-art facilities for people in Bhubaneswar,
said Chief Minister Naveen Patanik.
The design was presented before the CM by the BDA on Thursday.
The project will spread over an area of 15 acres and Rs 180 crore will be
spent for the purpose. It will have a terminal area of 98,239 sqm and
Commercial area of 21,350 sqm.
It will accommodate 1,000 buses on daily basis
Facilities including commercial office and retail space, multi-level car
parking, passenger information display and announcement system, Wi-Fi
connectivity, elevators, escalators, pick-up and drop-off for all kinds of
vehicles, area-wide real-time parking information display system, CCTV
surveillance & treatment system for water, sewage and effluents will be
available in the proposed project.
The Chief Minister said that the design would compliment nearby areas,
represent the culture of Bhubaneswar and establish a unique identity for the
modern urban centre.
“Baramunda
bus stand will get a grand makeover as a best in class Inter-State Bus Terminal
by April 2019. The design made by BDA and Commerce and Transport Department
Government of Odisha will have most modern facilities for passenger
conveniences and bus parking systems, it will be a showcase of Smart Solutions
in Smart City Bhubaneswar,” said Patnaik. 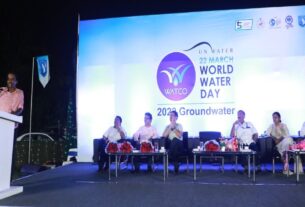