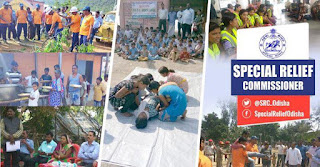 Bhubaneswar, January 18,
2018: The Odisha State Disaster Management Authority (OSDMA) has decided to
have a comprehensive annual training calendar for imparting training on
disaster preparedness to all the stakeholders.
The training calendar was
approved by the 31st meeting of its governing body held on Thursday under the
chairmanship of Chief Secretary Aditya Prasad Padhi.
The meeting discussed on
the skill upgradation and enhancement of awareness among the stakeholders
including ODRAF, Fire Services, Civil defence, PRI Members, School Students,
NCC cadets and NSS volunteers.
It decided to upgrade all
the fire stations and provide search and rescue equipment to the newly
constructed 10 Odisha Disaster Rapid Action Force (ODRAF) units.
Special Relief
Commissioner and OSDMA Managing Director Bishnupada Sethi briefed the governing
body members on the activities being carried out by the state government and OSDMA.
The meeting also decided
to speed up the process of establishing a dedicated institute namely ‘The State
Institute of Disaster management’ (SIDM) at Gothapatna, Bhubaneswar.
The meeting also decided
to set up a state drought monitoring Cell in OSDMA, Automated Weather Stations
(AWS) in all the blocks and automated rain gauges in most of the identified gram
panchayats.
In Jagatsinghpur and Puri
districts, 400 identified community volunteers will be trained and equipped
under Aapada Mitra scheme of NDMA.
The meeting also urged
the local administration to ensure that the selected beneficiaries under World
Bank assisted Odisha Disaster Recovery Project (ODRP) in Ganjam and Khurda districts
vacate their old houses and move to the new ones built for them.
The people facing sea
erosion in Satabhaya in Kendrapara district are being shifted to Bagapatia
relocation site of Rajnagar block.
It was decided to
expedite the construction of houses at relocation site including the earth
filling. 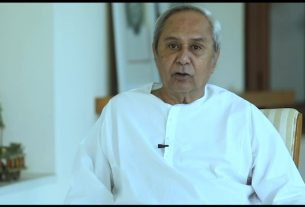