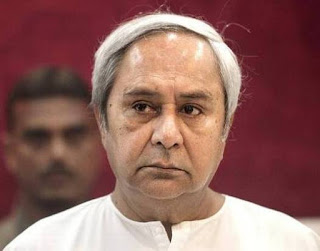 Bhubaneswar, June 4, 2018: Amid mounting opposition pressure and strikes
by different outfits over missing key of the Ratna Bhandar (Treasury) of Lord
Jagannath, Chief Minister Naveen Patnaik on Monday ordered a judicial probe
into the matter.
A retried High Court justice will probe the issue and submit
report within three months.
“The Chief Minister has ordered a judicial inquiry into the
circumstances leading to the non-availability of the keys of Ratnabhandar of Shree
Mandir, Puri. The inquiry will be conducted by a retired High court judge and to
be completed within three months,” said a CMO communiqué.
Earlier in the day, Law Minister Pratap Jena met the Chief
Minister at the State Secretariat here and briefed him on the missing keys. The
Law Minister’s meeting with the CM came at a time when pressure is mounting on the
former to make a statement on the issue.
The 12th century shrine falls under the administrative
control of the Law Department.
On Sunday the BJP demanded a clarification from Jena on the
issue while different outfits, including Jagannath Sena held demonstration in
front of the Singhdwara (Lion’s gate) of the Jagannath Temple in Puri.
The outfits alleged that the loss of the key of the inner
chamber (Bhitar Bhandar) of the temple and the attempt to suppress the facts
had hurt the sentiments of the crores of devotees of Lord Jagannath across the
world.
According to the direction of the high court, an expert team
had entered Ratna Bhandar on April 4 but were not able to enter the inner
chamber, as they could not find the key at the last moment.
They had inspected the inner chamber from outside. Later,
the administration had maintained that as the expert team could see the
condition of the inner chamber from outside and there was no need to enter it.
However, the matter had come to light after Puri king
Gajapati Dibyasingha Deb had expressed his surprise over the issue.
As per provisions in the Shree Jagannath Temple Act, the
keys of the Bhitar Ratna Bhandar with Puri district treasury.
Out of the seven chambers, the temple management uses only
two — the Bahar Bhandar (outer treasury) and the Bheetar Bhandar (inner
treasury). The remaining five are yet to be opened and no one knows the exact
amount of gold and other ornaments stashed away in the treasury.
The keys to the outer treasury are with three persons,
including the Puri King who is the chairman of the temple management committee.
However, the keys of the inner treasury are kept with the Puri district
treasury.

Deadline for linking of Aadhaar with PAN extended till March 31, 2018