The bridge would provide road connectivity to 151 water-locked villages with a population of about 30,000, spread over seven panchayats in the cut-off areas on the other side of the Maoist dominated Chitrakonda reservoir that were cut-off for five decades with the mainland.

The bridge, proposed in 1981-82, couldn’t be constructed due to Maoist threats. Five BSF camps were set up to ensure security during its construction. A total of Rs 172 crore was invested to construct the bridge.

The bridge is considered to be the lifeline of people residing in the cut-off region on the other side of the Maoist dominated Chitrakonda reservoir.

In a bid to thwart Maoist designs, as many as six CCTV cameras were installed at different locations on the 910-metre long Gurupriya bridge. The cameras will keep around-the-clock surveillance on Maoists who have been opposing the construction of the bridge over the years.

The cameras will help BSF personnel deployed near the bridge to monitor the movements of red rebels. Adequate security arrangements have already been put in place for the inauguration ceremony.

Elaborate security arrangements have been made in areas around the Gurupriya bridge to keep a close watch on the movement of the red rebels.

“It is not just a bridge, it will be the identity and Swabhiman of Malkanagiri. I dedicate this special project to people of Odisha and India. At the core of development is connectivity. Gurupriya Setu is a national pride and symbolises peace, cooperation and progress. It is a testimony to our commitment to integrate all parts of #Odisha to mainland & thereby to prosperity. It is our dream come true and is truly a Bridge Of Progress,” said CM Patnaik.

The CM appealed to left wing extremists in the region to forsake violence and embrace progress that the bridge brings to the region.

“The term cut-off is history from this historic day. With renewed esteem, they will henceforth be Swabhiman Areas,” said Patnaik. 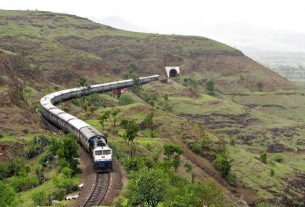 Trains cancelled in Odisha till March 31 for railway modernisation 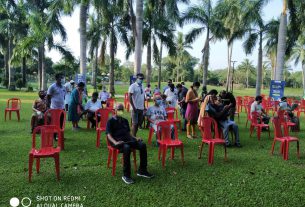