Bhubaneswar, August 30, 2018: For 19 years, Soumya Ranjan Mallick has lived with a blurred memory of his father and the emptiness of his absence. His father Lance Naik Sachidananda Mallick was martyred while fighting the enemy during the Kargil war on June 28, 1999.

Now a student of Electrical Engineering (Fourth year) in the Institute of Technical Education and Research (ITER), the faculty of engineering of SOA (Deemed to be University), he was only three when he lost his father.

The shy student has been in news after he wrote an open letter to his father that was published in a nationally circulated news magazine. The moving letter had captured his sense of loss, struggle and dream.

“I can’t recall how he looked but I miss him a lot. Whenever I see children playing with their fathers, it doesn’t make me sad but it puts a smile on my face because I can see him in all their happiness,” he said.

While paying tributes to the martyr, SOA on Wednesday felicitated Soumya Ranjan and his mother Nibedita saying the nation was indebted to their family for the supreme sacrifice the jawan from Odisha had made.

Prof Amit Banerjee, Vice-Chancellor of SOA, felicitated Soumya Ranjan and his mother at a function attended by Deans of different institutions, Directors, Professors and others by presenting them with bouquets, shawls, mementos and a citation.

“The SOA family feels honoured at this opportunity to pay its homage to this brave son of Odisha,” he said. 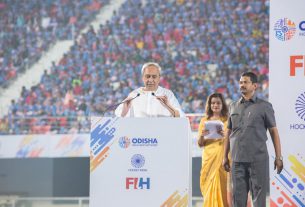 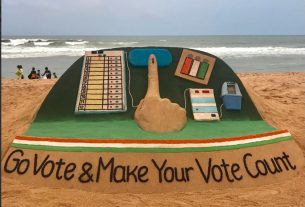 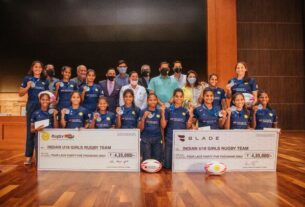