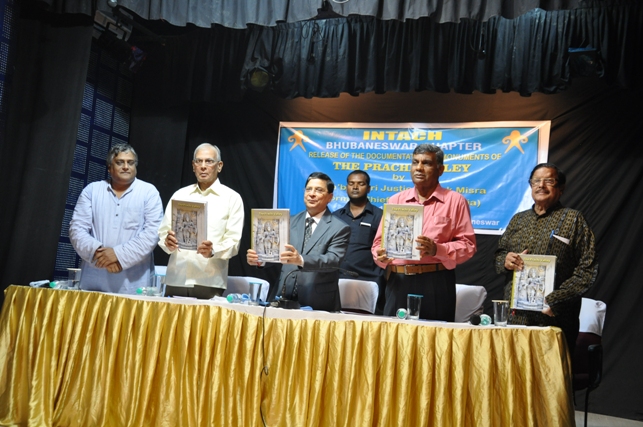 Bhubaneswar:  Former Supreme Court Chief Justice Dipak Misra on Tuesday released a volume titled “The Prachi Valley”, written by noted historian and researcher Anil Dhir. The book is a detailed documentation of the monuments of this rich heritage site of the State.

The Indian National trust for Art and Cultural Heritage (INTACH) Bhubaneswar chapter had flagged off the project of a complete documentation of the Prachi Valley heritage in November 2017, with the intention of completing it in six months. However the sheer magnitude and extent of the vestiges discovered stretched the project to eighteen months. The documentation and listing was done simultaneously along with the geographical mapping of the old river.

The book is a comprehensive compendium which lists nearly 200 monuments which include temples, mutts, ghats, ashrams and other edifices.

For the first time, the entire River, on both the banks, was surveyed from its ancient origin at Dakamba near Barang till its estuary at Keutajanga near Astarang. Even though the present day Prachi flows from an outlet of the Kuakhai near Bhingarpur, the original river had its path from Dakamba near the present Naraj Barrage. While surveying the old stretch, many features which include sand beds, dunes, lakes and water bodies were found. The present day Kanjia Lake of Nandankanan too is an ox-bow lake of the ancient Prachi. Excavations in the area too have yielded Jain and Buddhist images.

Justice Misra lauded the efforts of INTACH in producing the report.

According to Anil Dhir, who spent nearly 18 months in the area, the Prachi Valley can be said to be the richest repository of geographical, historical, architectural, religious and monumental wealth. The valley, with its archaeological remains, can be regarded as a veritable museum of Odisha’s glorious past- it has chronological relics, remnants and edifices of Odishan history and culture through the last two thousand years.

“Today, the Prachi is a near dead river. It has lost most of its original features; but for four months during the monsoons, it still discharges flood waters into the Bay of Bengal. A few spots in its lower reaches have water throughout the year, but on most of its journey it runs dry. The area covered by the present river is about 2000 sq. kms and the river touches 940 revenue villages in the three districts of Khurda, Puri and Cuttack,” said Dhir.

The river can be revived with adequate dredging and removing the obstacles and encroachments. It can be made navigable and can become a very important religious and tourist place, he said.

Dhir said that the Prachi valley holds an immense potential and possibility for students and researchers. It is a rich minefield of archaeological remains, which require proper exploration and excavation. The Prachi valley has languished in ignominy for long, the time has come when proper studies in the missing links are done and its rightful claim and place among world civilizations is restored.

Certificates of appreciation were awarded to the team members who had assisted in the project. 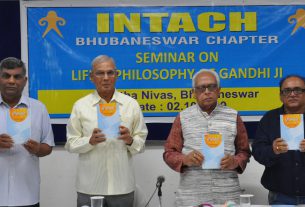 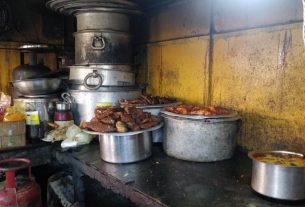