I am a ‘netizen’. My day starts either with dropping a post in Facebook (FB) or a ‘Good Morning’ message in WhatsApp. That doesn’t suffice simply. I can’t let my post be ignored in the blizzard of things.  As a ‘normie’, I keep on waiting with a lot of enthusiasm for somebody to comment on.  I am tickled pink on having a ‘like’ or a favourable comment on my post. Other than this, I too know how to blot someone’s copybook or tarnish the reputation of my target by vaguely questioning the authenticity of the post. I question, not out of my sheer interest in the stuff rather just for the sake of dabbling, which is technically called ‘sea-lioning’. I think it sounds smart to be a ‘troll’ than a ‘lurker’, who hardly appears in the scene and keeps on observing the things as an inert or passive observer.

A legion of comments by a host of ‘e-quaintances’ gives me the feel of a celebrity and a different stardom. My seemingly hyper-busy schedule doesn’t let me have a few words with my near and dear ones. On the other hand, I relish being in touch with my ‘e-quaintances’ who are bosom friends and more intimate than my kith and kin. Though, I don’t know them physically, I am drawn towards them and it’s quite difficult to resist that pull.

Having understood the advantage of being well-versed in communication pretty well, I never leave any stone unturned to have a commendable gift of the gab. I am quite excellent at articulating my ideas, emotions, feelings etc. in an impressive way in group. Some buzz words like ‘Selfie’, ‘Groupie’, ‘Usie’, ’photobombing’ along with many a  shorthand versions of English have enriched my repository of words and made me an adept in texting or chatting ever since my entry into social media. My English is not that redundant or old-fashioned, it sounds awesome because it’s ‘Weblish’-more trendy, upmarket and peppy.

I never give any heed or damn to those who are inimically critical of this social-media. Let them go to the hell with their prejudiced and parochial mindset. They are always technically poor and fail to cope with the prevailing winds of change. I prefer to call them “the specimen of the dying generation”. I can outsmart and outwit the so-called responsible citizens in a jiffy as I am a ‘netizen’.

Being a part of the modern generation, I wish to be rakish and extrovert by getting along with the changing trends and latest technology. Once in a blue moon, I take a halt and turn to those articles and videos, preaching about the dire effects of excessive use of internet and warning against the cyber-crimes. At times, it seems iffy and pushes me to put restraints before the things spin out of control. But, being neck-deep inlove with the social media and internet, I feel it’s not that easy to abstain and hold back. Probably, I have been addicted, but still it goes on and on.

[The write-up is exclusively meant for those who are inexorably hooked to different handles of social media. They are at the liberty to decide the fate of the newly formed group of people called ‘netizens’, who are under the sway of social media and consume their time by resorting to some trivial and petty matters. The above words never intend to dissuade them from internet that constitutes the core of our existence in this today’s world. The writer too is not against the social media by any stretch of imagination. The main apogee is to induce everyone to turn to its constructive and formative sides. Finding the pros and bowdlerizing or filtering out the cons of everything around us is the need of the hour. Undoubtedly, by keeping to social media, we can transcend the distance and get a better space to air our ideas with the near and dear ones who are far away from us. But, developing obsession for this and mishandling definitely incurs loss in one or other way.] 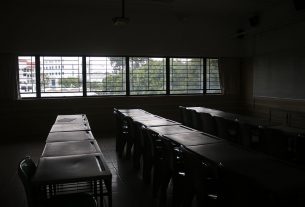 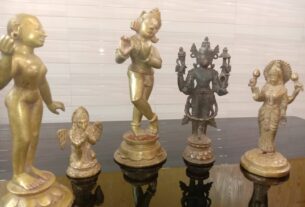