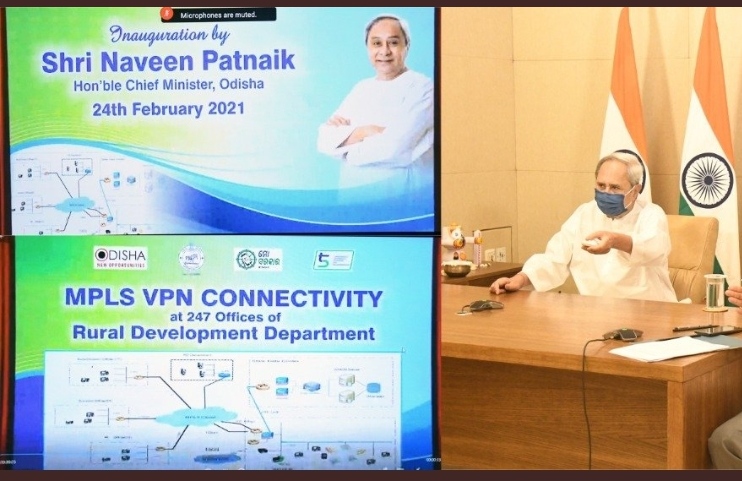 Bhubaneswar, February 24: Chief Minister Naveen Patnaik on Wednesday launched the Multi-Protocol Label Switching Virtual Private Networking (RD-MPLS VPN) System for Rural Development Department through video conferencing.
Speaking on the occasion after launching the system, the Chief Minister said that this networking system will provide internal connectivity to the offices of the department at local level, where internet connectivity is inadequate.
The Rural Development Department, which has the mandate for rural infrastructure development, is connecting its 247 offices through its own networking system called RD MPLS Network, said an official release.
Through this network, all offices starting from Lokseva Bhawan to Sub-Divisions will be connected in one network with uninterrupted internet facility, according to a CMO statement.
The Chief Minister expressed happiness over the RD Department’s efforts to strengthen the Five T Initiative of the Government to bring about transformative changes by introducing technology intensive applications.
This network will facilitate the use of online web-based applications to be used at field levels and further the 5T Initiative of the Department in bringing transparency, effective monitoring and grievance redressal.
The Chief Minister further said that the RD Department is already implementing web-based applications for an array of services including Tendering, Maintenance Management, Works and Accounts Management, Financial Management, grievance redressal and several other services.
Lauding the endeavour of the Department for making end to end automation in the whole tendering process, he said that this will avoid human interface and thus bring in more efficiency and transparency in the management of the entire work cycle.
Describing the importance of RD Department the CM hoped that the Department will work more dedicatedly and efficiently with the application of these technologies to serve the people better.
He advised the department to ensure that the 5T principle of “time” is given priority and all the projects are closely monitored and completed within time lines with a sense of urgency.
It may be mentioned here that the RD Department has developed infrastructure facilities with over 1 lakh kilometres of rural roads, facilities on 60 lakh square metres of area, 1400 completed bridges and 600 bridges under construction.
The system will help closely monitor the progress and maintenance of these infrastructure.
Speaking on the occasion Rural Development Minister Sushant Singh said that the department is working committedly to improve the rural infrastructure following the vision of the Chief Minister.
The new networking system will further the mandate of Five T Initiative, he added.
Secretary to Chief Minister (5T) V. K. Pandian moderated the programme.
Chief Secretary Suresh Chandra Mohapatra, Development Commissioner PK Jena, ACS Forest, Secretary Electronics & IT, CGM BSNL were present. RD officials at district level were connected on virtual mode. 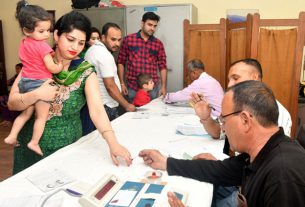