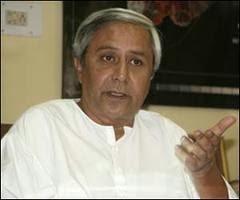 Bhubaneswar:
“Odisha has outperformed many of the leading states in the country for
attracting investments.  The RBI report
for the year 2012-13 has placed Odisha at the top when it attracted more than Rs
53,000 crore as investment in that year, which was about 27 per cent share of
all-states put together.  During the 11th
plan, the state’s economy remained consistent at more than 9 percent. And Odisha
delivered superior growth than the national economy and as per estimates, the
State is poised to demonstrate even a better growth in the 12th Plan period,”
said Chief Minister Naveen Patnaik while speaking at the Golden Jubilee
celebration of Utkal Chamber of Commerce and  Industries here.
Patnaik said that Odisha
is steadily becoming a preferred destination of industries on the strength of
our good governance and industry friendly atmosphere.   The State has been able to rope in more than
90 globally reputed investors across sectors like steel, aluminium, cement,
power, petroleum and many others.
“The
State Government has taken several policy initiatives to catalyze industrial
growth in the state.  The Industrial
Policy Resolution, IPR-2007, Odisha MSME Development Policy 2009, the Odisha
Food Processing Policy 2013 are some major endeavours to boost
industrialization in the state,” said Patnaik, adding that the Government is in
process of up-gradation of District Employment Exchanges into Career
Development Centres in PPP
mode.

Keep away from vicious cycle of crime, CP tells students