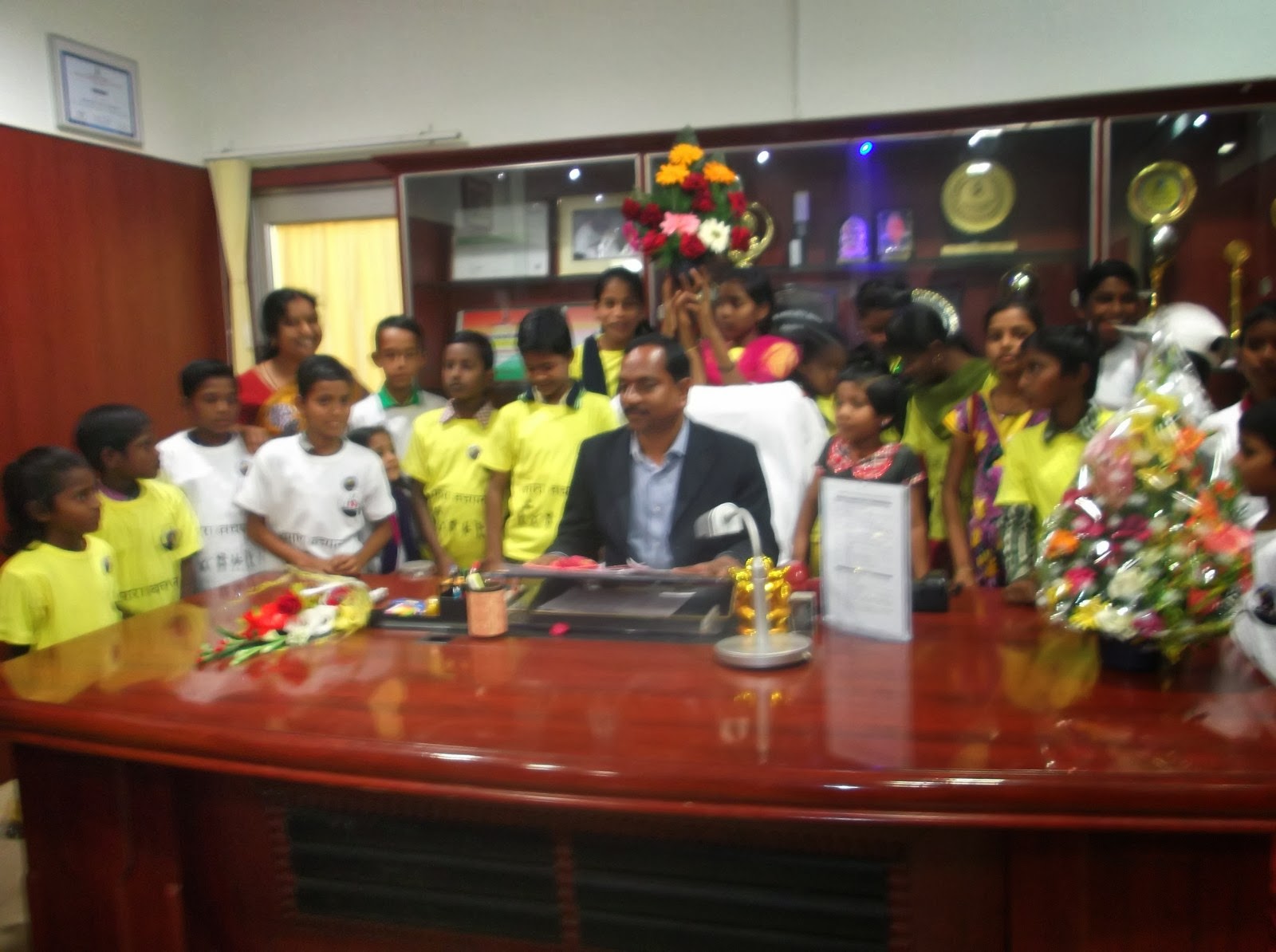 Bhubaneswar:
Around 30 children from different slums and Humara Bachpan members welcomed the
newly elected Bhubaneswar Municipal Corporation (BMC) Mayor Ananta Narayan
Jena, at the BMC office here.
Jasmin Nisha, a member of Humara Bachpan child club from
science park basti said the Mayor that they were very much involved during the
BMC election process analyzing which candidates promise to work for children
after being elected.
Child club members also faced some candidates in TV Show
debates before election which boost the morale of these children. “Our Mayor
had promised many things when during his last tenure and he could now fulfill
all those being elected again”, said Sasmita Mohanty from Salia Sahi. All of
these children were from Salia Sahi, Bisweswar basti, Science
Park, OUAT firm gate Mahisikhal,
Sikharchandi, Kargil basti and Kalpana Medical Basti area of BMC. On this
occasion Dharitri Patnaik, India
representative of Bernard van Leer Foundation working for the young children in
India also
welcomed the Mayor and appreciated his work during the last tenure and wished
him on behalf of the children as well.
“This is something innovative that these children are doing
and they are empowered enough raise voice for the poor living conditions that
they are facing in the slums” said
Sadashiv Swain from CCWD who has been with Humara bachpan.