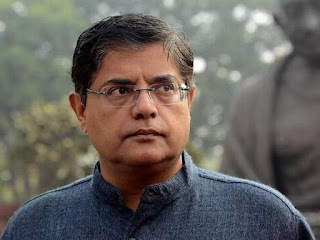 Bhubaneswar June 12, 2018: Finally, Baijayant (Jay) Panda has
formally brought to an end the almost 18-year-long relationship with Naveen
Patnaik-led Biju Janata Dal (BJD) on Tuesday. A fortnight after he resigned from
the BJD, the high profile Kendrapara MP today resigned from his Lok Sabha
membership.
On May 28 he had quit BJD the party that he has been
associated with for 18 years.
“In letter to NaveenP on my intent to dissociate from BJD,
I’d said on completion of my father’s kriyas I’d resign from LS. The day after
they ended, I sought to meet Hon’ Speaker as per custom. It wasn’t possible
& i understand she’s since gone abroad, so I’ve had it deliverd(sic),”
tweeted Panda on Tuesday.
Baijyant (54), a close family friend of
the former CM Biju Patnaik, the father of current CM Naveen Patnaik had joined
the party in its early days and one of the founder members of party. However, Panda had quit the party after not a
single BJD leader and even the CM pay a visit to him when his father Banshidhar Panda, noted industrialist,  died on May 22.
After six days of the demise of his father, Panda with deep anguish wrote a three-page letter to Patnaik on May 28. Panda wrote, “It
was with deep anguish, hurt and sorrow that I have decided to quit the kind of
politics into which our BJD has descended. I would be also formally informing
the Lok Sabha Speaker of his resignation, after completing his religious
obligations of bereavement.”
“Although things have been going from bad to worse for the
past four years, it has plumbed the absolute depths of inhumanity when neither
you nor anyone from the BJD turned up to pay their last respects to my father
Dr Bansidhar Panda, who a everyone knows was a very close friend, supporter and
associate of Biju uncle for many decades,” said Panda.
The relations between him and party have only gone from bad
to worse after the general elections in 2014. He was reportedly accused of publicly admiring Narendra Modi and his Government’s
policies. He invited the wrath of the party leadership when he advised “introspection” to his own party through a newspaper
column after the BJP showed surprising gains in the gram panchayat elections in
the State in 2017.
On January 24, Panda was suspended from the primary
membership of the party for “anti-party” activities. And though the party asked
to resign from the Lok Sabha, but he did not.
However, years of high-voltage rift between Panda and his
high command Naveen Patnaik reached the climax when the former directly blamed the
CM’s Principal Secretary V Karthikeyan Pandian, a Tamil Nadu born Odisha cadre
IAS officer, of conspiring against him, for the egg thrown at him in Mahanga in
his Lok Sabha constituency, indulging in party affairs violating service code
of conduct and finally for the protests shutting down for almost a fortnight
his family owned ferro-alloy plant IMFA in Rayagada. 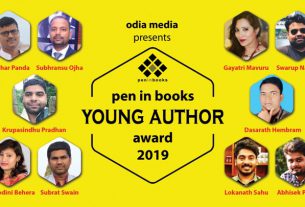 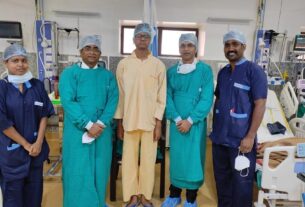