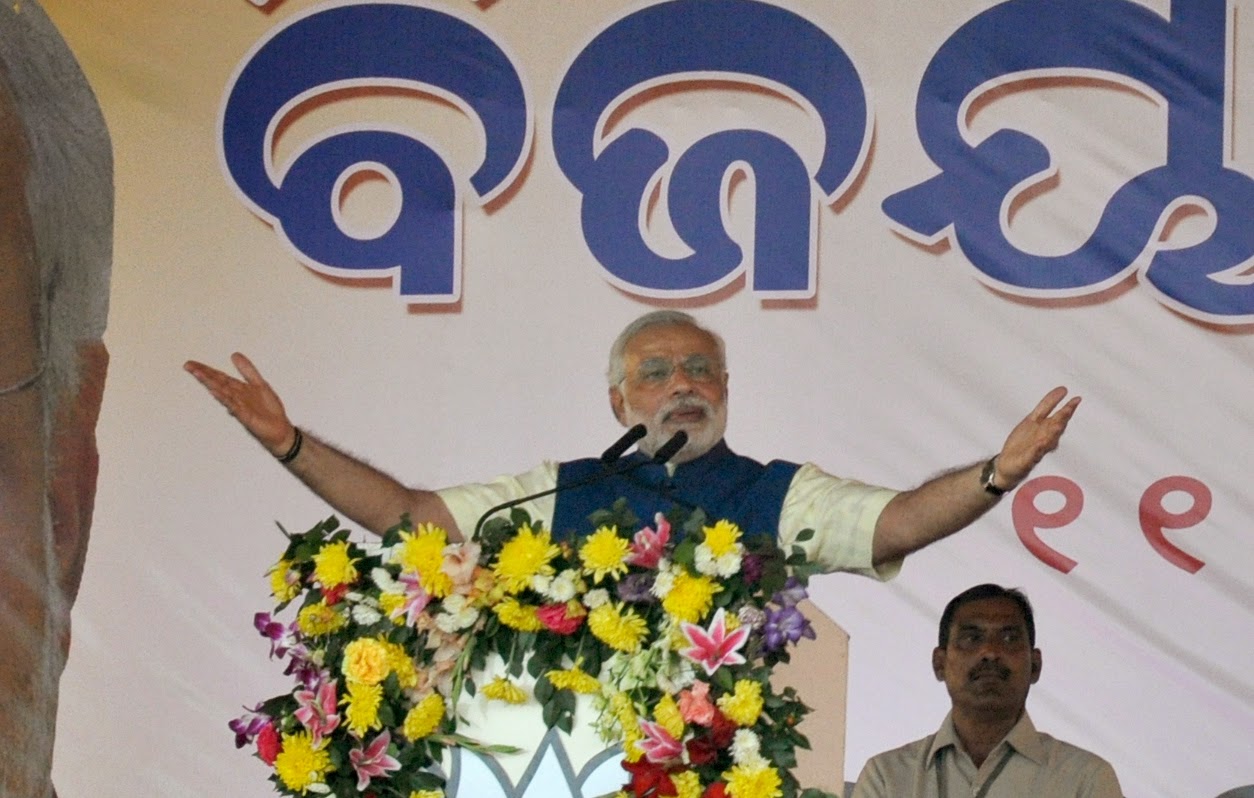 Bhubaneswar:
A day after BJP national president Rajnath Singh hit the election trail by
addressing three election meetings in western Odisha, BJP star campaigner and
Prime Ministerial candidate Narendra Modi would hit the campaign trail in Odisha
on Friday to address three public meetings in western Odisha.
Modi
will address a meeting at Nuapada under the Kalahandi Lok Sabha constituency,
at Balangir under the Balangir LS constituency and at Rourkela under the
Sundargarah LS segment, polling for which would be held on April 10 in favor of
party candidates, informed BJP national general secretary Dharmendra Pradhan
here on Thursday.
Pradhan
said that on the occasion of the BJP’s foundation day, hi-tech electioneering
would be undertaken through the 3-D mode and Modi would address the public
through the 3-D system covering 10 Lok Sabha constituencies. The address would
be available simultaneously in thousands locations of the country, he said.
Meanwhile,
the police administration has taken elaborate security measures for Modi visit.
While the Gujarat police would be deployed near Modi in another layer NSG would be
deployed and in the third round the district police would be in guard, sources
said.