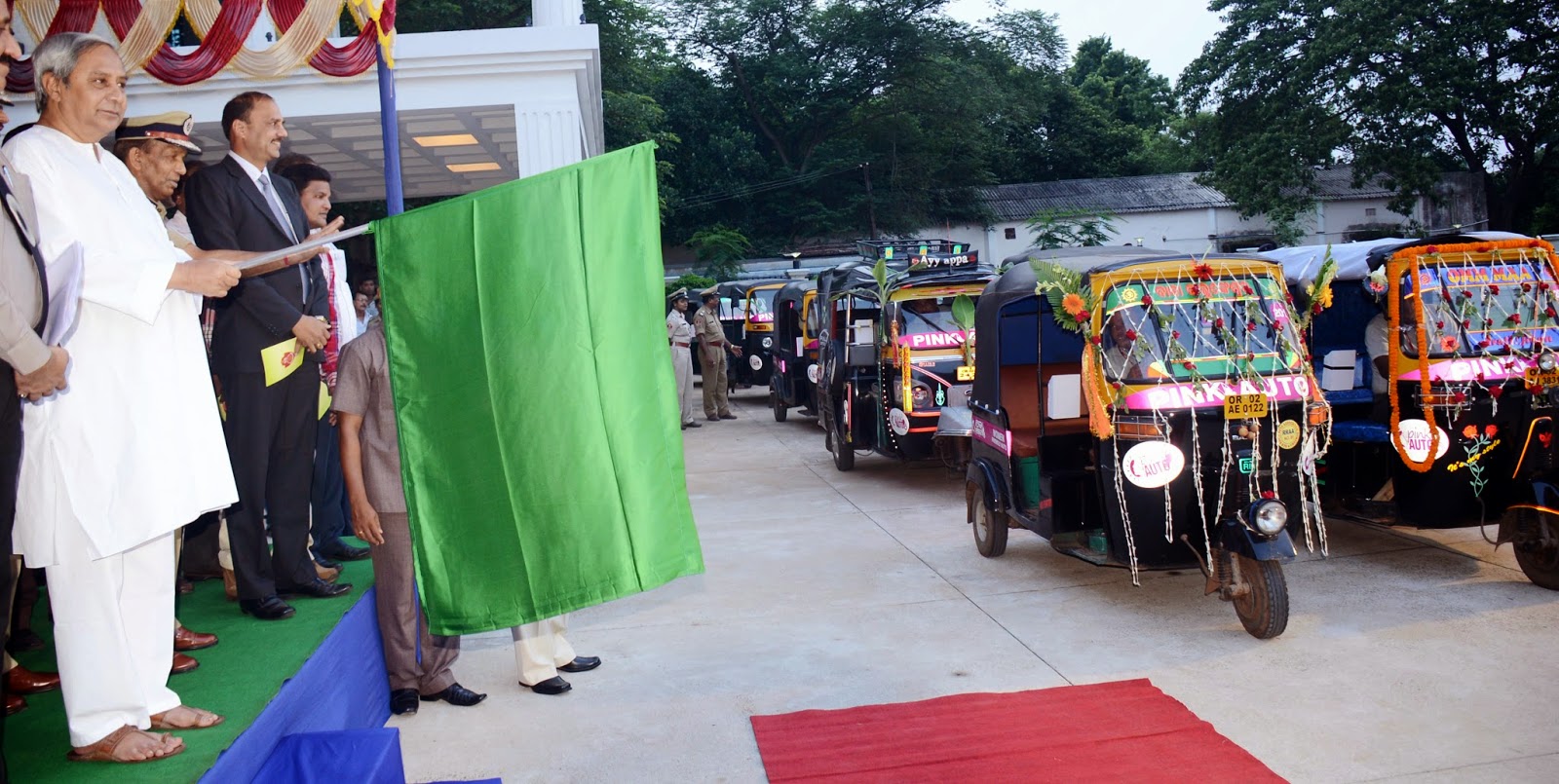 Bhubaneswar: Odisha Chief Minister Naveen Patnaik on Friday
flagged off the ‘Pink Auto’ service, for women in the capital city of Bhubaneswar
here at the Commissionerate headquarters.
Speaking on occasion, the Chief Minister said he was
delighted to launch the Pink Auto project in the city.
“I am delighted to launch the Pink Auto service in the city
which would make travelling a safer experience for women,” said the Chief
Minister.
In the first phase, the Commissionerate police has arranged 205
pink autorickshaws to run in various locations of the capital city of
Bhubaneswarcity like Bhubaneswar Railway Station, Baramunda bus stand, Capital
hospital, Ram Mandir Square, Vanivihar Junction and Chandrasekharpur.
Each of the Pink Autos would display police helpline numbers
like 100 and 108 numbers written in bold. This apart, the autos are equipped
with suggestion box, including a book of suggestion slips, which can be used by
the commuters for the purpose of giving suggestions.
Twin city Commissioner of Police Dr Rajendra Prasad Sharma
said the city traffic police headed by DCP and ACP traffic and auto
associations will monitor the functioning of the Pink Auto rickshaws.