Skip to content
Paradip(Odisha): Prime Minister Narendra Modi is scheduled to dedicate
the IOCL Paradip Refinery Project to the nation in November this year, sources said.
Former Prime Minister Atal Bihari Vajpayee had led the foundation stone of the
project in May 24, 2000. 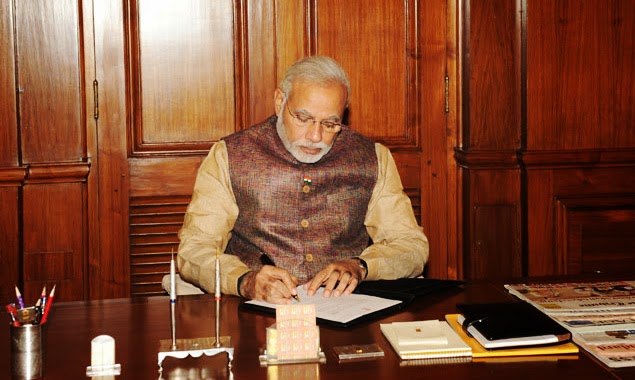 It is now a golden chance for NDA Government to take credit
for the project. After the devastation caused due to super cyclone in 1999 in
Paradip area, the then Prime Minister Vajpayee visited Odisha in 2000 and led
the foundation of the project.
The Project was a joint vector of Indian Oil Corporation
Limited (IOCL) and Kuwait Oil Corporation Limited while its estimate budget was
Rs 8,000 crores and the project commissioning date was March 2005.
But for the land acquisition and administrative problems,
the project was getting delayed. But in 2005 the Refinery Project changed to a
Crude Oil Stores Center. The Crude Oil imported through Paradip was programmed
to be stored at Paradip and was pumped to IOCL’s Haldia and Barauni oil
refineries.  But in 2008 Sarthak Beuria
of Odisha who joined as the Chairman of IOCL put an effort to revive the
original refinery project later named as IOCL
Paradip Refinery Project (PDRP). Further the Kuwait Oil Refinery Limited
withdrew its share from PDRP.
In 2008, IOCL Chairman Sarthak Beuria tried to restart PDRP
Project once again. The UPA Government approved the project with a budget of Rs
29,777 crore and PDRP was to commission in September 2013 with a target of
production for 15 Million Tones Capacity of annually and the PDRP was to be the
11th Refinery Project of IOCL from March 2008. The construction work started
speedily with latest technology. But due to labour unrest, local people
agitations, cyclone Phailin, the project was delayed for completion.
The next probable date of commissioning was chosen was March
2014 and UPA Government Chairperson Sonia Gandhi and Prime Minister Dr Manmohan
Singh was supposed to inaugurate the project. But due to similar problems IOCL
could not complete the project within that date.